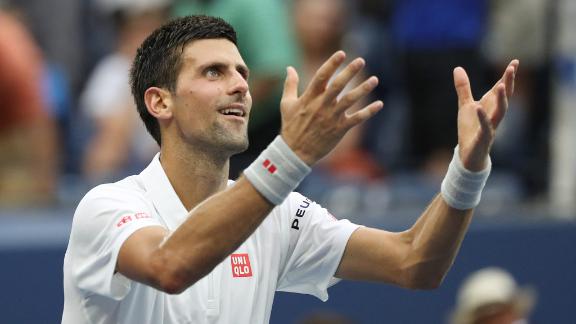 NEW YORK -- Novak Djokovic seemed on his way to a shattering 6-0 first set over Gael Monfils when the funky Frenchman appeared to stop playing seriously.

"I've seen strategy changes," ESPN analyst John McEnroe said on the broadcast, "but this tops everything. Even Sigmund Freud above couldn't figure this out.

"This is bordering on unprofessional. The only reason I'm saying borderline is because it's working."

Only to a point, because Monfils eventually lost the chaotic and disjointed match 6-3, 6-2, 3-6, 6-2 on Friday in Arthur Ashe Stadium.

In head-to-head play, Djokovic leads Wawrinka 19-3. However, Wawrinka's biggest win as a professional came over Djokovic last year in the French Open final, and Wawrinka has won his past 10 finals in a row.

"I'm really excited," Wawrinka said in his on-court interview. "I watched the final so many times here. Roger [Federer] and Novak are great champions. To play in the final against him is going to be special.

"Hopefully, I'm going to be ready."

In classic Muhammad Ali rope-a-dope fashion, Monfils turned would-be tanking into a tactic. He created a distraction, then rushed into the void left by Djokovic's waning concentration.

It happened again in the third set, when Monfils' quirky behavior drove Djokovic to tear off his shirt after the final point.

"I have nothing personal [against] him, so I'm very sad to heard that. I'm very sad to learn that such a legend criticized me, because at the end what I can say to John is, 'I want to be the best.'"

Both Monfils and Djokovic cramped significantly in the fourth set and called for visits from the ATP trainer amid the hot and humid conditions.

"At times in decisive, tense moments, we had many exchanges form the baseline," Djokovic said in his on-court interview. "Gael is very entertaining to watch, a very charismatic guy. I do sincerely hope all you guys enjoyed our battle today."

After defeating Monfils, Djokovic has played only 13 sets and a total of 118 games. This puts him on a record pace for fewest sets and games in an Open-era major that featured a 128-man draw and only best-of-five-set matches.

Wawrinka has played a staggering 23 sets and 237 games.

And what prompted Djokovic to tear of his shirt?

"I keep asking myself the same question," he said, laughing. "Sometimes you don't have answer. Sometimes it just happens in the heat of the moment."

And how did he bounce back from that?

"The way I bounce back from that," he said, "is take another T-shirt from my bag. I already feel better." 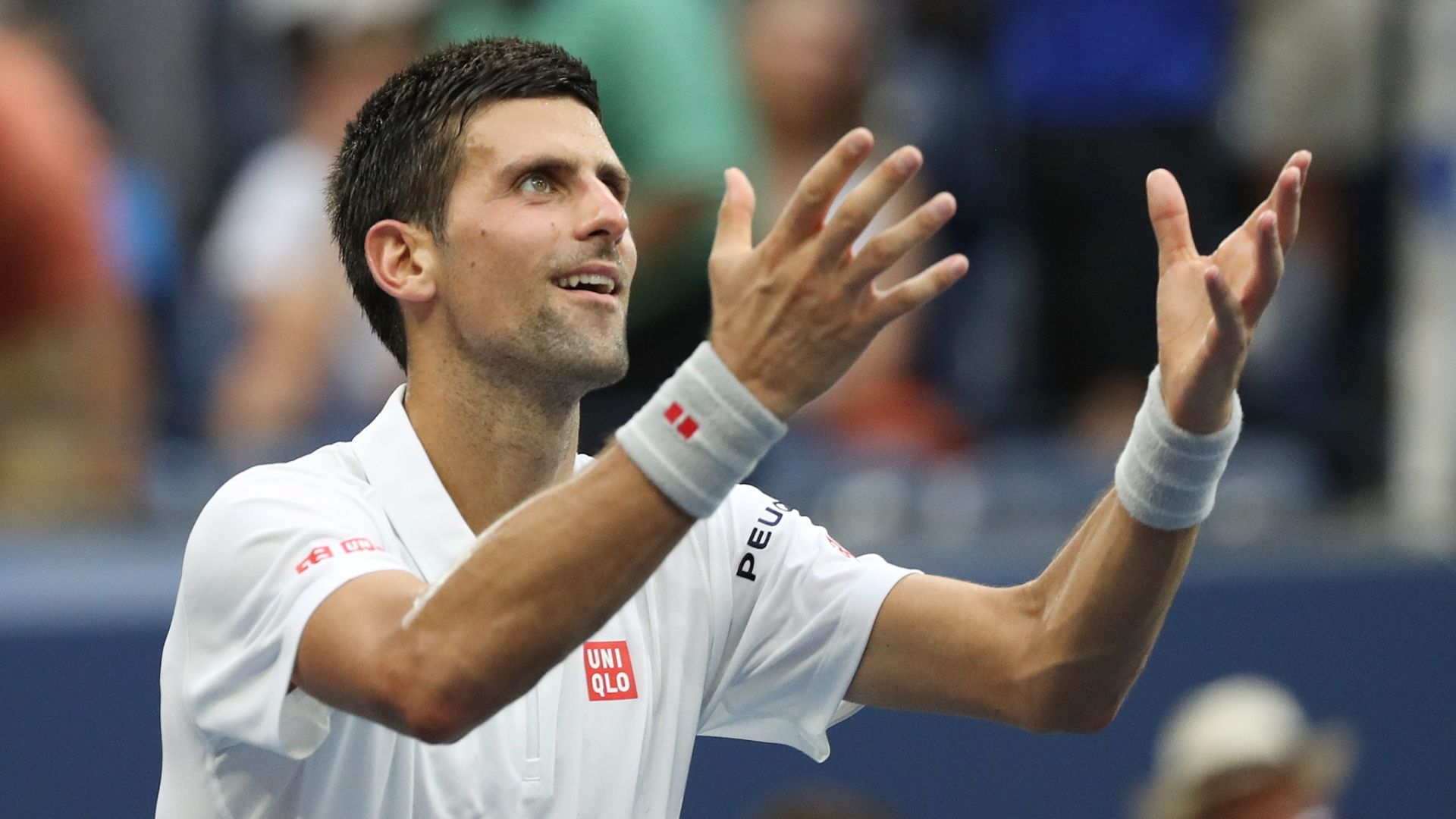 Djokovic ousts Monfils in four sets to reach final
Novak Djokovic takes down Gael Monfils 6-3, 6-2, 3-6, 6-2 to advance to the final of the US Open. 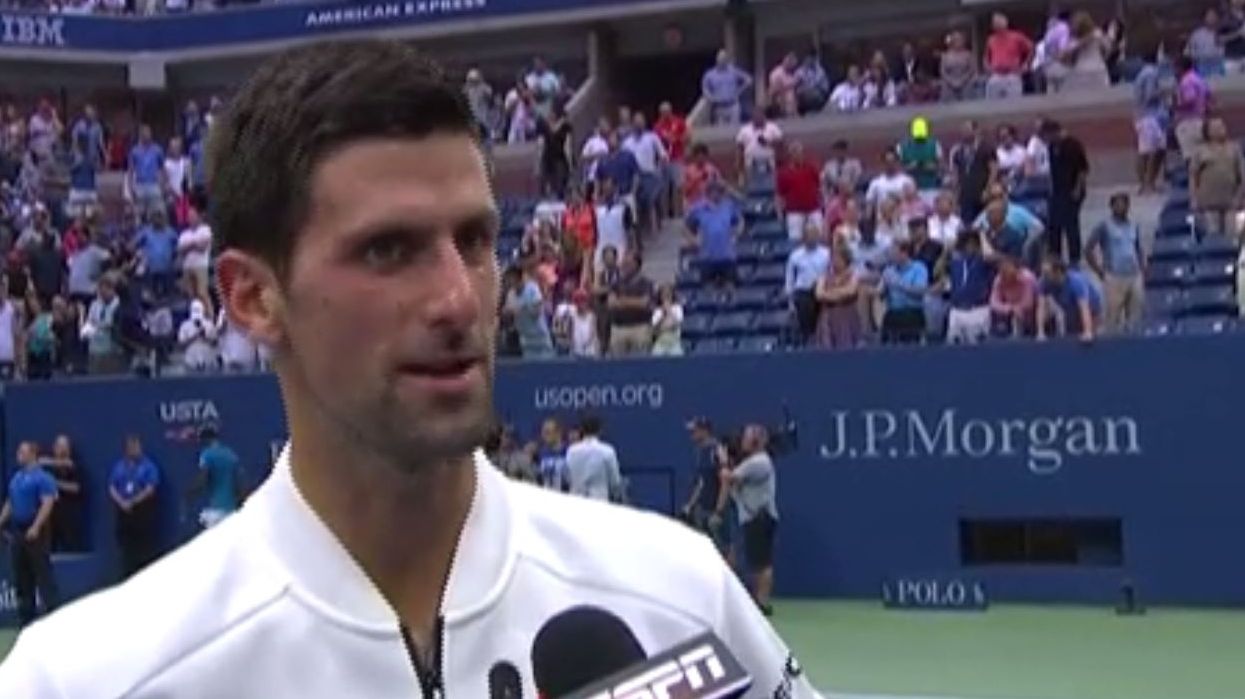