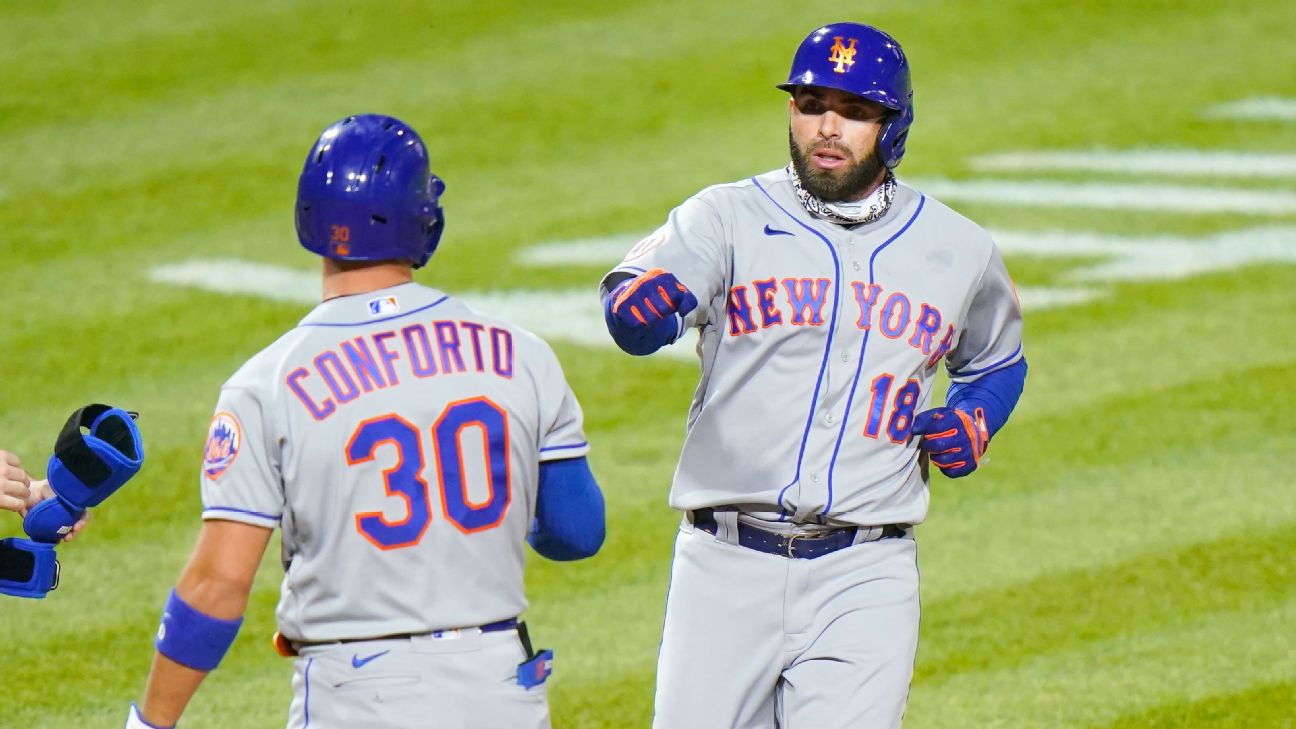 
Alvarado threw just three strikes in an 11-pitch outing hours after appealing MLB's discipline for his role in a benches-clearing, eighth-inning incident on Friday against New York in Philadelphia. But his appearance was just one of many headlines in what proved to be a roller coaster of emotions for both clubs in front of a national, Sunday Night Baseball audience.

Philadelphia thought it had rallied to tie the game, 8-8, in the bottom of the ninth by way of a Rhys Hoskins three-run home run. But the call was overturned because the ball hit the outfield railing, which is in play at Citizens Bank Park.

"I mean, it's a replay. I mean, that's what the replay system is there for," Phillies manager Joe Girardi said. "I mean, obviously, it's frustrating it goes against us, but I'm assuming that they were right. I mean, I'm making the assumption, and you know I've said all along -- the whole idea is to get calls right. It's frustrating because we thought we tied it up, and then it's kind of like, you know, it's tough."

Hoskins was sent back to third base, while only two runs scored to make it 8-7.

"I think the guys in the clubhouse have only seen what was showing on the board," Hoskins said, "so [they] had clear evidence to turn it over. And that's what it was."

Bryce Harperthen struck out to end the game.

"I thought it clanked off the metal. I guess I was right," Mets first baseman Pete Alonso said in his postgame interview on SportsCenter. "I thought we had a pretty good view of it. I think they got that one right."


The Mets took two of three from their division rival in a weekend series that won't soon be forgotten.

New York endured another slow night from offseason acquisition Francisco Lindor, who went 0-for-5 on Sunday, but it rallied on the strength of a three-run double in that eighth inning from Alonso.

"I'm just looking to drive the ball to the big part of the field," Alonso said. "I was really happy I capitalized on a heater there."

Andrew McCutchen and Didi Gregorius homered for the home team, who used three pitchers in what proved to be a six-run eighth for the Mets. But Alvarado, visibly upset with his command in the eighth, and his bullpen mates could not protect a lead, much to the delight of the Mets' dugout.

"We didn't beat him; we beat the Philadelphia Phillies," Alonso said. "It doesn't matter who is on the mound."

After a topsy-turvy start to the season, the Mets are now at the .500 mark (11-11) and are tied for first place in the National League East with the Washington Nationals. The Phillies are a game back.

"It was a great step forward for us," Alonso said. "We're going to start rolling here. It's a new month, and I'm excited."


Alvarado also was given an undisclosed fine for inciting the incident by taunting Mets outfielder Dominic Smith after an inning-ending strikeout. Smith and New York pitcher Miguel Castro also received undisclosed fines for their roles in the incident.

In Philadelphia's 2-1 win on Friday, Alvarado thumped his glove and gestured at Smith after the strikeout. Smith pulled off his helmet and seemed ready to fight the pitcher, until both teams spilled out of the dugout and broke up the dust-up before punches were thrown.

After the game, Smith didn't mince words when asked about Alvarado.

"I don't mind people pimping strikeouts and pimping stuff on the field. I've never been a player like that, but I don't mind it; I love it," Smith said. "But him pointing at me, coming after me, stuff like that -- I'm a grown-ass man. Come meet me then if you really got a problem, and we can really handle it.

"That's how I look at that issue. He waited for his team to grab him and stuff. But I'm right there. He can meet me in the tunnel tomorrow if he really wants to get after it."

Mets manager Luis Rojas said Alvarado -- who hit Michael Conforto and riled up Smith and the Mets with gestures earlier in the month -- was to blame for the clash.

"You could tell that it was instigating. He was trying to get his attention, trying to start things," Rojas said. "That's what got Dom turning back and walking toward him." 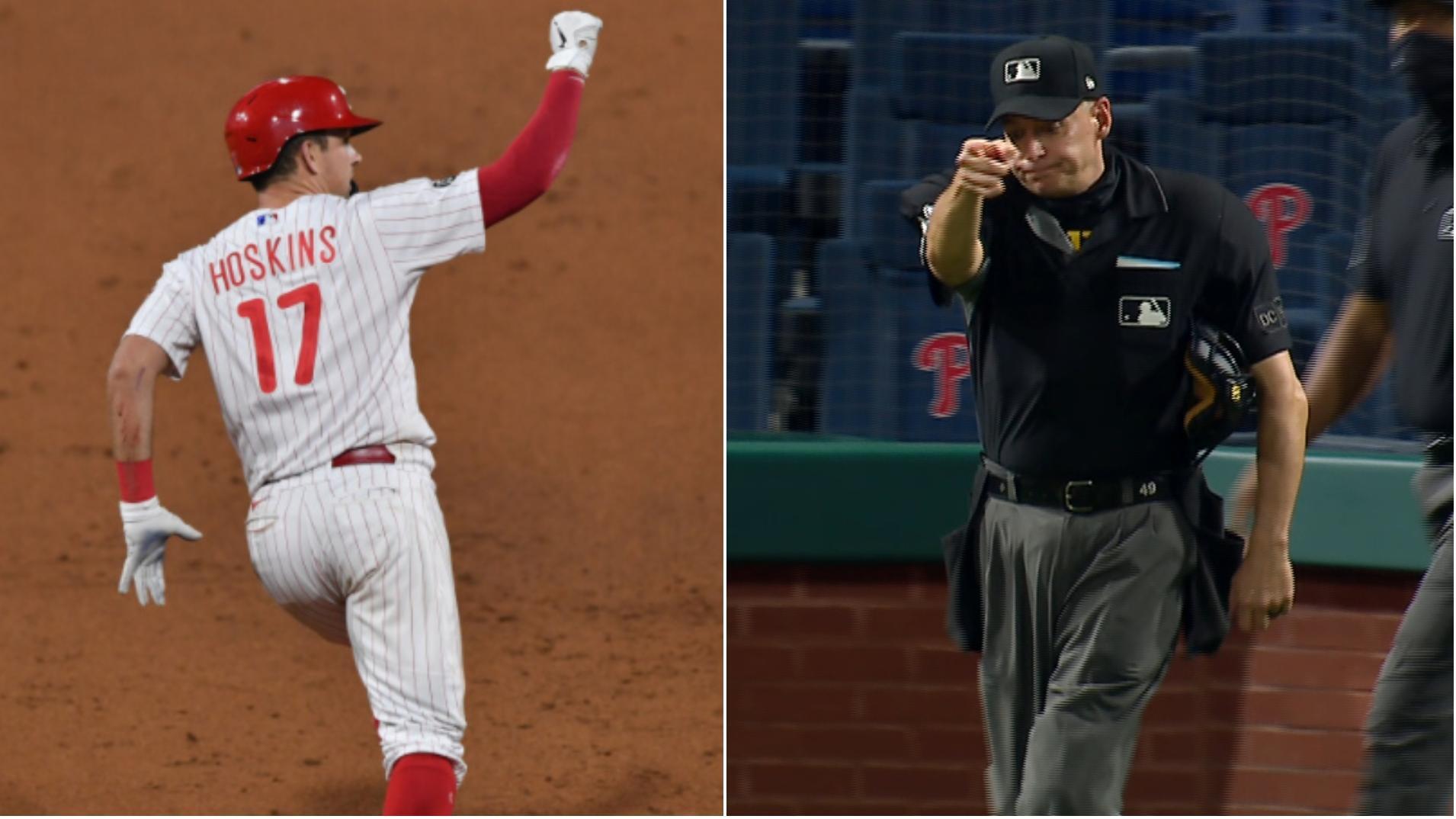