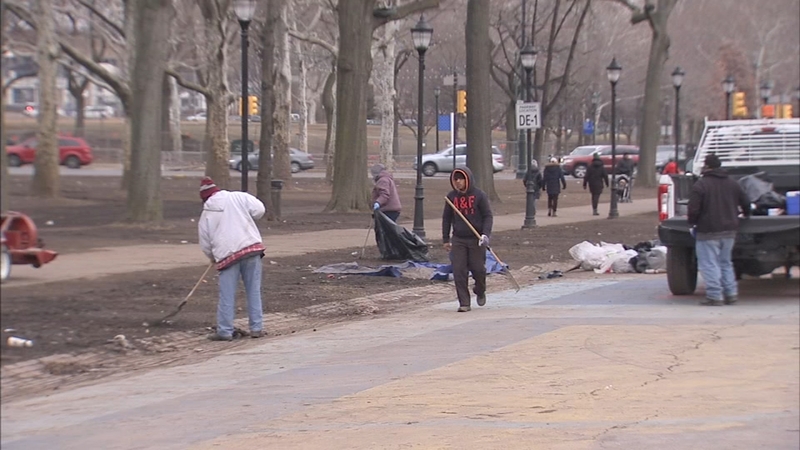 PHILADELPHIA (WPVI) -- They have pretty much wrapped up the clean up on the Ben Franklin Parkway with a few minor exceptions Friday night.

The next phase is bringing back the natural landscape that existed before upwards of a million people came to celebrate our Eagles first Super Bowl championship.

The city says this next phase, weather cooperating is going to take time.

First, let's give credit where credit is due. City workers from the streets department have done a tremendous job in clearing upwards of 60 tons of trash from Philadelphia's cherished Ben Franklin Parkway. They went at it with gusto.

Commissioner Carlton Williams of Streets Department said, "This is probably the largest that we've ever had to deal with in terms of a clean-up."

And what a difference a day has made.

Jason Phillips of Dallas said, "Yeah, this is pretty amazing, they've done a pretty good job of cleaning up.

But now, there's something inescapably missing.

Sydney Holt of West Philadelphia said, "I seem to remember there being grass at some point."

Not one blade of grass remains in the area around and near Eakins Oval where hundreds of thousands of fans camped out all day for the Super Bowl parade celebration.

"Oh man, it looks like a desolate wasteland out here," laughs Vince Lacey of West Philadelphia.

"Becky Andrews of Upper Darby said, "It's bound to happen when you have a lot of people."

Kendra Hardwick of San Francisco, Ca. said, "This area is usually really beautiful, but now it looks kind of like a war zone, it looks so desolate and different."

A spokesperson for the city's Parks and Recreation says they are now assessing the damage from the parade.

She says they typically seed and aerate the Parkway in the spring once the weather breaks. They expect to follow the same timeline this year, but we probably will not see any grass until about May.

Sydney Holt of West Philadelphia said, "It's usually so beautiful and such an important monument and landscape of the city and it's gonna look great once they finish it back up.

"I think they'll get it together pretty fast, looks like they've been doing a lot of work," said Dominic Smith.

Mario Malaby, said, "It's the cost of victory, so Fly Eagles Fly."

The folks at Parks and Recreation are known for doing a pretty good job of keeping with the landscape around the Parkway, and there's no reason to believe they will handle this any different. 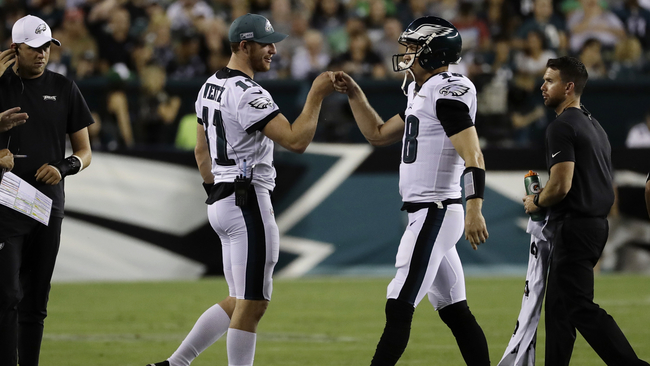 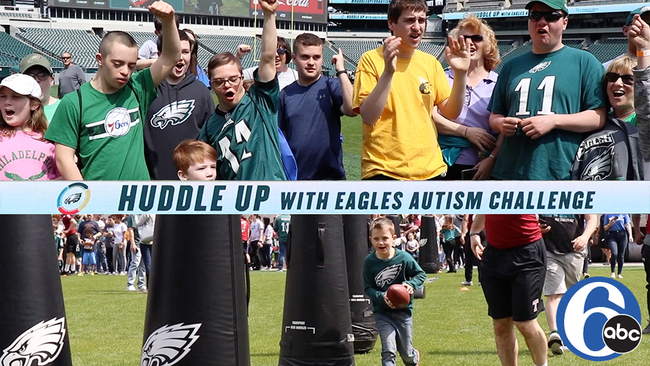 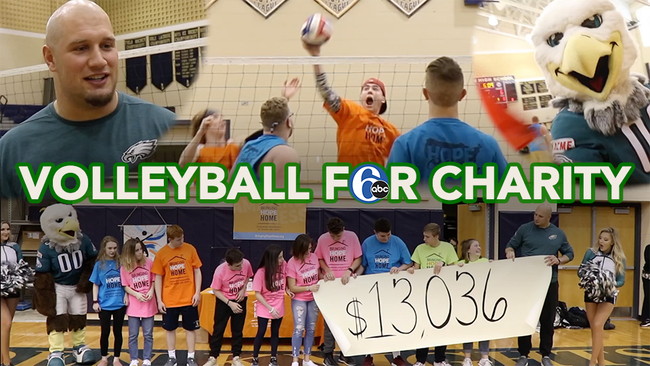