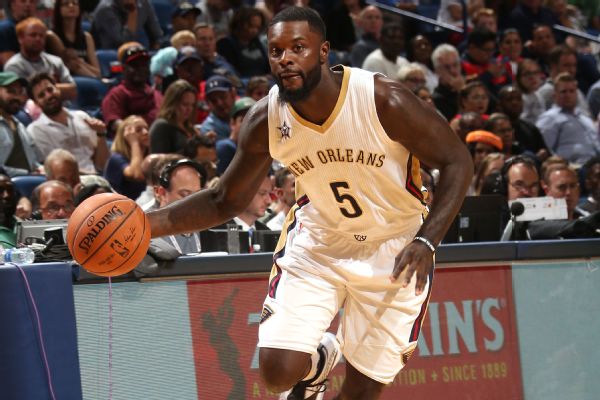 New Orleans didn't want to waive Stephenson, sources said, but the team needed to create a roster spot to sign former Phoenix Suns guard Archie Goodwin. Goodwin confirmed on Twitter that he will sign, and the team later announced the signing.

Stephenson's agent Mark Bartelstein says Pelicans general manager Dell Demps "has gone overboard" to express how much the Pelicans value his client and would be interested in re-signing Stephenson when he is healthy. The agent said the team has said it will pay his client throughout his rehab.

The Pelicans learned Saturday that Stephenson needs groin surgery and will be out indefinitely. The team made the roster decision Sunday night after conceding that Stephenson won't be able to return to the lineup for several weeks, at the earliest.

Stephenson averaged 9.7 points, 4.8 assists and 3.3 rebounds per game in six contests for the Pelicans this season.

"Lance did everything that we could possibly ask him to do," Pelicans coach Alvin Gentry said. "He was great on and off the court. It was just a situation where we had to have a roster spot to add an addition to our team. If Lance was not hurt, he would still be here and he would still be playing minutes."

Goodwin, 22, said he found out at 3 p.m. PT and was on a flight four hours later to catch up with the team in San Francisco.

Gentry said he had no reservations playing Goodwin Monday night against the Golden State Warriors.

"We've gotten guys and we've signed them because of a need situation," he said. "We don't need anybody to come and sit on the bench."