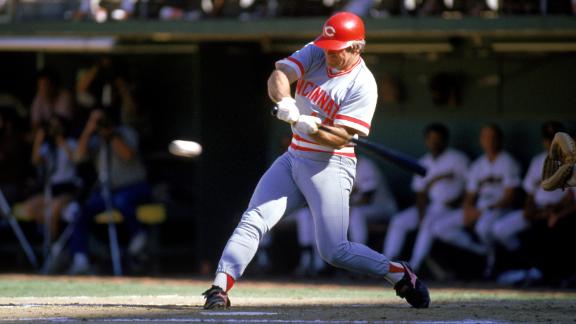 What he doesn't know is whether or not he'll still be alive to enjoy that day.

"Yes ... sure," the 73-year-old Rose said when asked if he'll ever get into the Hall by "CBS Sunday Morning" in an interview that airs this weekend. "I don't know if I'm going to live to see it.

"Someone, at some period of time, will feel it in their heart to give me a second chance. I might be six feet under, but that's what you have to live with."

Rose agreed to a lifetime ban in August 1989 following an investigation by Major League Baseball that concluded he bet on the Cincinnati Reds to win while managing the team.

He applied for reinstatement in September 1997 and met with commissioner Bud Selig in November 2002.

Selig, who plans to retire in January, has never ruled on Rose's application.

"It's under advisement. My standard line," Selig said in July. "I'm the judge, and that's where it will stay. Nothing new in that statement, I understand."