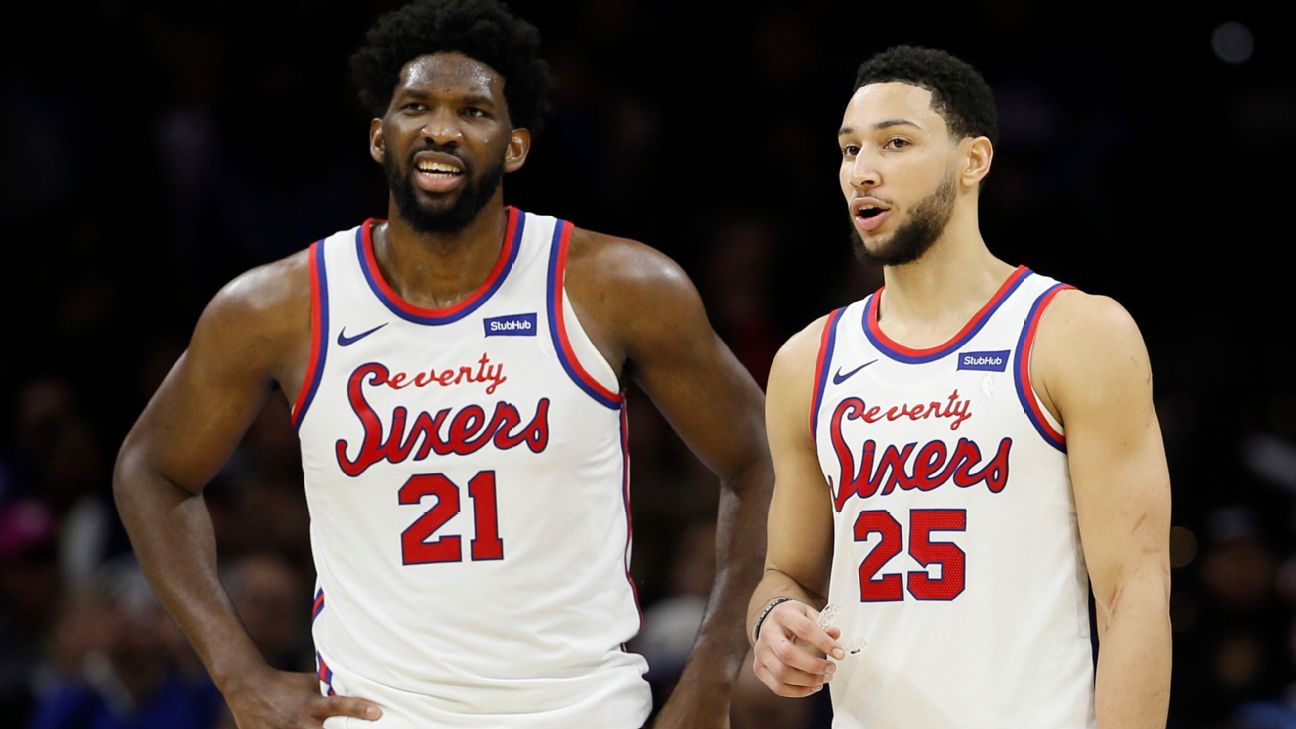 Philadelphia 76ers teammatesJoel Embiid and Ben Simmonsmissed the NBA All-Star Game in Atlanta, with the league announcing the decision earlier Sunday.The two had contact with a barber who has since tested positive for the coronavirus, sources told ESPN.

The barber, located in the Philadelphia area, tested positive after undergoing additional testing on Sunday because of an inconclusive positive test, sources said.


Embiid was on Team Durant, while Simmons was on Team LeBron. Though sources told ESPN prior to the game there were no plans to replace Embiid and Simmons on the rosters, New Orleans Pelicans star Zion Williamsondid take Embiid's place in the starting lineup for Team Durant.

Philadelphia's Doc Rivers, who coached Team Durant, said in his postgame news conference that Embiid and Simmons continue to test negative. Rivers is hopeful both will play at theChicago Bullson Thursday, Philadelphia's first game of the season's second half.

Both Embiid and Simmons traveled to Atlanta on Saturday night in private planes and remained in quarantine, which was the protocol for every All-Star participant. The NBA feared an outbreak involving the league's best players in Atlanta and had significant precautions in place to isolate the players on the way in to and out of the city.


Shortly before tipoff, Embiid tweeted about the decision.

Paul George, who was to be a teammate of Simmons' on Team LeBron, said he wasn't in favor of holding the All-Star Game.

"You have situations like we are dealing with today; it's just an unfortunate time in the world where our health and safety should be at the front of the helm," the LA Clippers star said during his All-Star media access on Sunday. "I personally didn't agree with the game, but it is what it is."
Report a correction or typo
Related topics:
sportsespnnewszion williamsonjoel embiidben simmonsnba all star gamephiladelphia 76ersworld of wojnba
Copyright © 2022 ESPN Internet Ventures. All rights reserved.
TOP STORIES
Brian Laundrie confession letter released: 'I ended her life'
Norway terror alert raised after deadly mass shooting
Strike at 3 local beer distributors ends with new contract agreement
Protesters gather in Philly after Supreme Court overturns Roe v. Wade
Woman dead, man wounded after Kensington shooting
Pemberton Twp. residents told to boil water before use
1 dead after head-on crash near Pa. Turnpike service plaza
Show More
Biden signs landmark gun measure, says 'lives will be saved'
AccuWeather: Mostly Sunny, Hot This Weekend
5 local animal shelters team up for 'mega' adoption event
New Virtua Health practice to be safe space for LGBTQ+ community
How does overturning Roe v. Wade impact women in Pa., NJ and Del.?
More TOP STORIES News