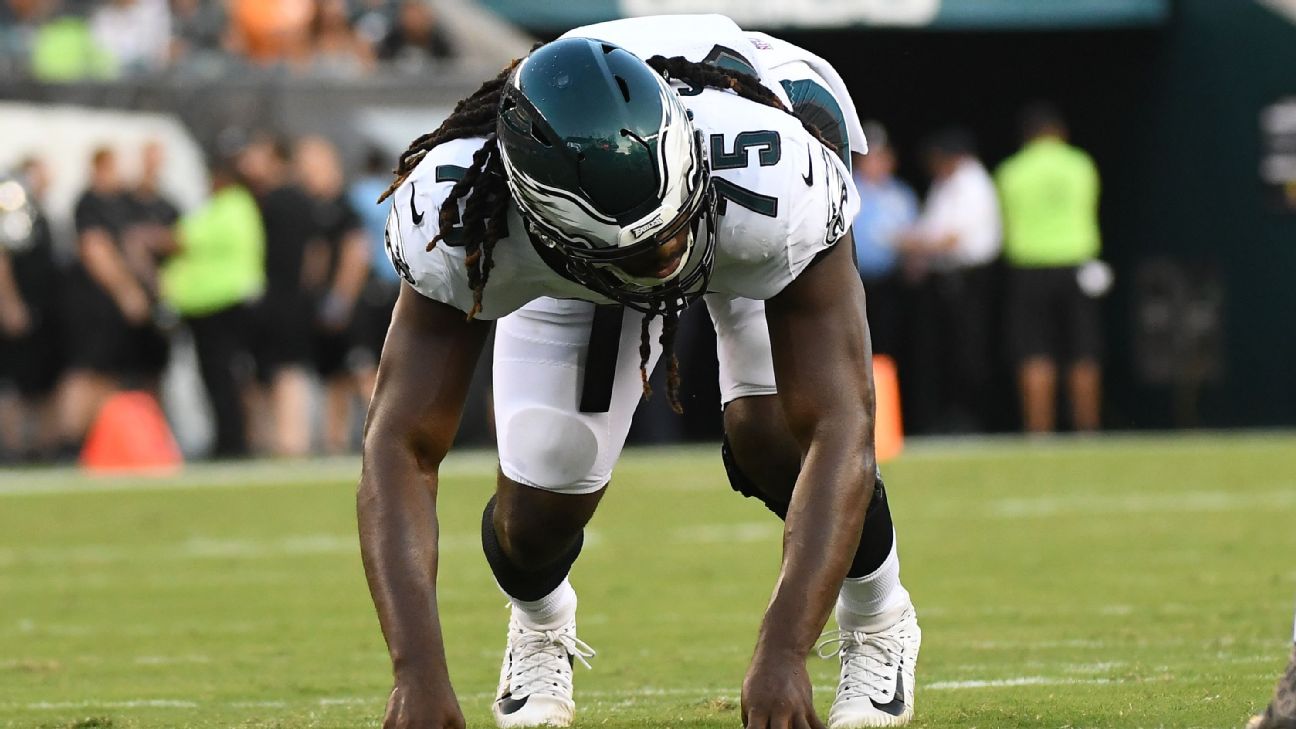 TAMPA, Fla. -- Philadelphia Eagles starting defensive end Josh Sweat did not play in Sunday's 31-15 loss to the Tampa Bay Buccaneers after undergoing a medical procedure to address what the team described as a "life-threatening situation."

"On Tuesday night, Josh Sweat was admitted to the hospital. He underwent an emergency procedure due to the severity of the matter. The doctors addressed a life-threatening situation," the Eagles said in a statement. "In the following days, Josh and our medical team did everything possible to help him return to play. He improved every day but it was determined by the doctors today that he was not quite ready. The fact that Josh came so close to playing is a credit to his toughness and our medical staff."


Sweat had been listed on the injury report with an illness this week. On Friday, coach Nick Sirianni said Sweat had been dealing with abdominal pain earlier in the week but had since returned to the facility and was feeling better.

Sweat, 24, had the best regular season of his career in 2021, tying for a team high in sacks with 7.5. He added seven tackles for loss and 13 quarterback hits.