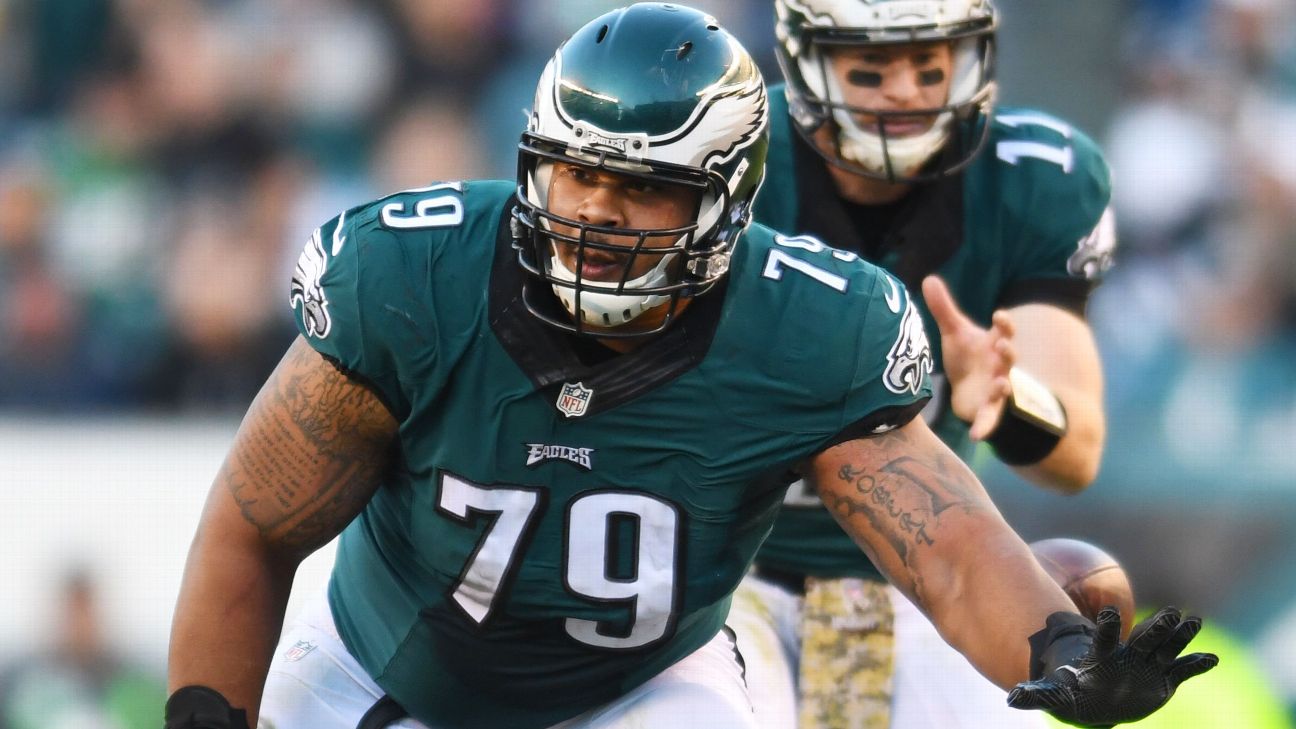 The Philadelphia Eagles and guard Brandon Brooks recently agreed to a reworked contract that includes a reduced salary for the 2022 season, a league source told ESPN.

The move gives the Eagles an additional $12.38 million in 2022 salary-cap space entering an offseason during which they own three first-round draft picks and are positioned well to upgrade their roster.


Brooks' future with Philadelphia remains unclear, but Eagles executive vice president and general manager Howie Roseman was effusive in his praise for the three-time Pro Bowler and focused on his health during his end-of-season news conference earlier this month.


In addition, Brooks' annual workout bonus of $100,000 has been removed, as have his $2 million training camp reporting bonuses due in 2023 and 2024. His total compensation for the next three years has been reduced to $16.58 million.