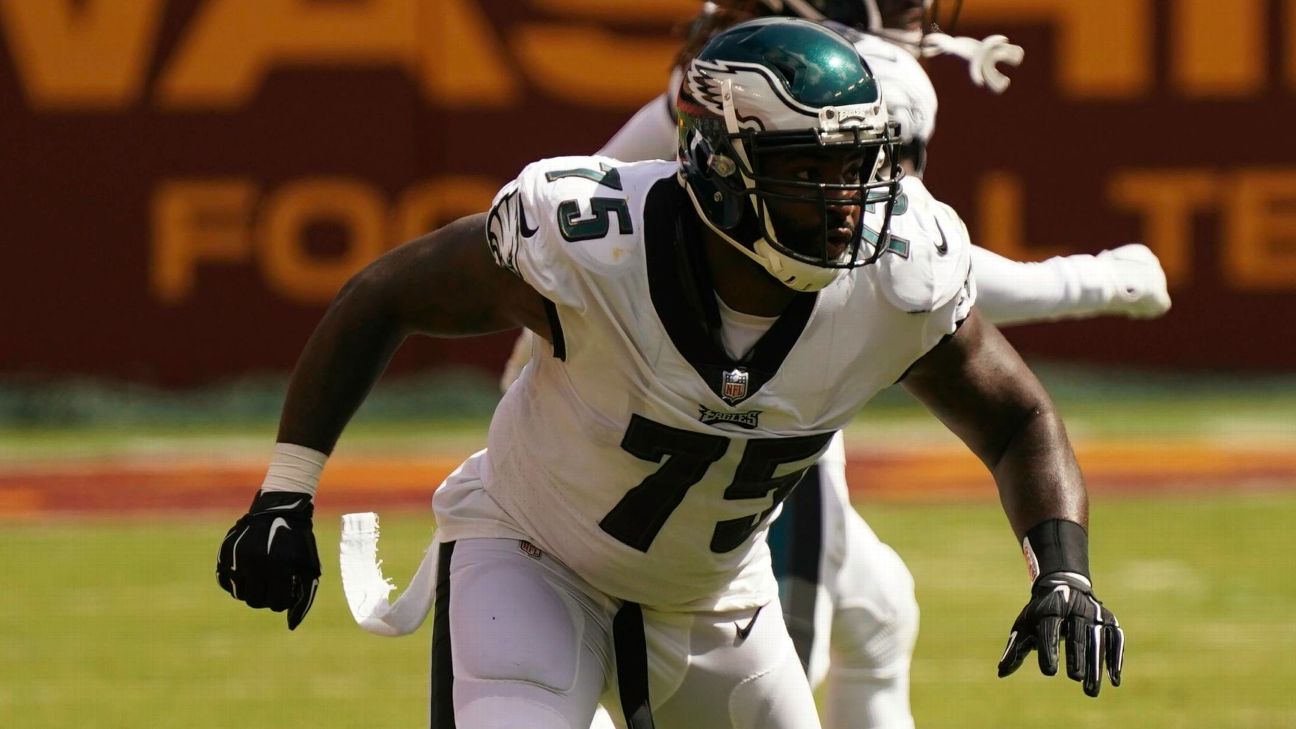 Defensive end Brandon Graham, meanwhile, is in concussion protocol after being evaluated for a head injury during the game.


The Eagles have been hit rather hard by injuries at defensive end. Derek Barnett missed the opener with an ankle injury that sidelined him for most of the summer. He is expected to increase his practice time this week, with the hope that he'll be available for Sunday's home game against the Los Angeles Rams.

The same goes for right tackle Lane Johnson (ankle) and running back Miles Sanders (hamstring), who also were out Sunday. Johnson, Sanders and Barnett are considered day-to-day.


With Johnson out, the Eagles' offensive line was down three of its original starters against Washington, as Brandon Brooks (Achilles) and Andre Dillard (biceps) were lost to long-term injuries this summer. Philadelphia allowed eight sacks in the opener, its most since 2007.

Up next is Aaron Donald and a Rams defense that registered three sacks and seven hits on quarterback Dak Prescott in a Week 1 win over the Dallas Cowboys. 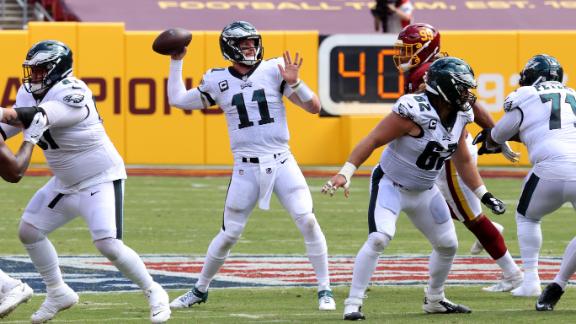