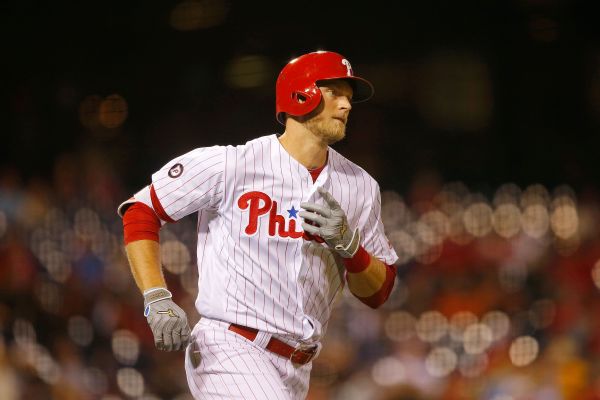 The team now has seven days to trade, release or place the two players on waivers.

The announcement marked a disappointing end to the tenures of two players who were expected to be significant contributors in Philadelphia this season. Saunders, who signed a one-year, guaranteed $9 million contract as a free agent in January, began the season as the No. 5 hitter in the Phillies' batting order. Gomez was Philadelphia's closer in 2016 and ranked fifth in the NL with 37 saves.

"It wasn't working with Saunders,'' manager Pete Mackanin told reporters before Tuesday's game against St. Louis at Citizens Bank Park. "He wasn't hitting the way we expected him to, and we wanted to see somebody else. I think Gomez had gotten a little stale with us. Since September last year, he hasn't been the same guy.

"We've got to move on and try something else. They both took it professionally. They both understood.''