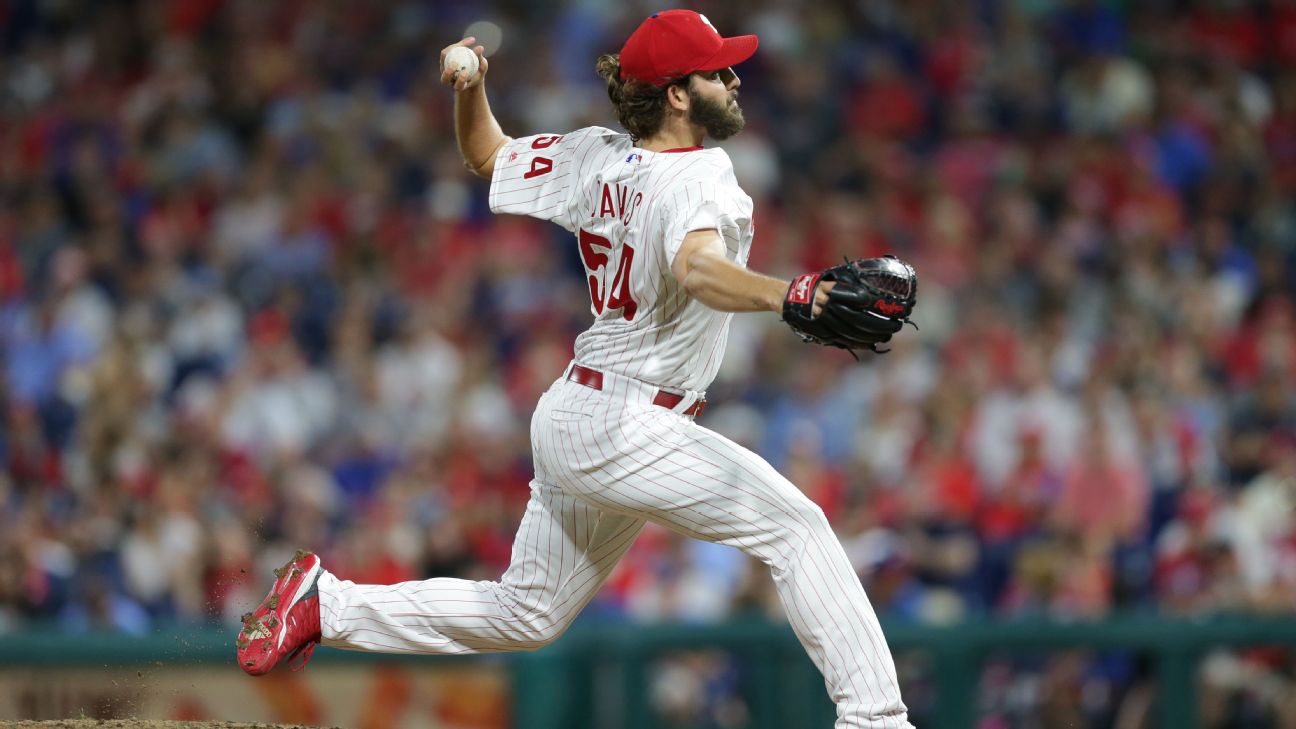 ESPN
PHILADELPHIA -- Pitchers can't have a cheat sheet -- at least for now.

Veteran umpire Joe West confiscated a card from Phillies reliever Austin Davis in the eighth inning of Philadelphia's 7-1 loss to the Chicago Cubs on Saturday night.

Davis and Phillies manager Gabe Kapler said he was using the card merely for information on the Cubs' hitters. West said that was illegal under Rule 6.02(c)(7), which states that the pitcher shall not have on his person, or in his possession, any foreign substance.

"I told him we don't allow him to carry anything on their glove, person or clothing, except in some cases where there's a rain situation, we allow them to put a rosin bag in their pocket,'' West, umpiring his 41st season, said. "Other than that, they can't have anything on the pitcher.''

The card is similar to ones used by Phillies fielders to position themselves for batters. Davis pulled the card out of his back pocket and consulted it prior to Kris Bryant's single and again before facing pinch hitter Addison Russell. West then came to the mound and took the card from Davis. Kapler, a huge proponent of analytics who introduced the cards to the Phillies' players this season, came out to argue with West for several minutes.

But West kept the card.

The umpire called the league office after the game and admitted that the use of the card might be in a gray area.

"I didn't want to throw him out,'' West said. "I know it's foreign, but he's not trying to cheat. Maybe he's trying to get an advantage because he's reading the scouting report, but it wasn't pine tar, it wasn't an emery board, it wasn't whatever.

"In the long run, maybe they'll let him [have the card]. Right now, my hands are tied until they say yes or no. Right now, until the office says it's OK to carry this, he can't do it.''

Both Kapler and Davis were disappointed by the decision.

"Our analytics department works really, really hard to come up with this stuff for us, and I want to use it because they work all day to come up with stuff to help get guys out,'' Davis said. "And if I have an answer to get a guy out, I want to know what that is.''

The Philadelphia manager thinks having pitchers carry information cards will be good for the game.

"Austin Davis is pulling the card [out] of his pocket on the mound using it as a reference how to attack the hitters,'' Kapler said. "I think it's actually a really good thing for baseball. I don't really quite understand this one.''