A packed Veterans Stadium filled with 62,670 fans saw the National League shut out their American League counterparts 6-0 in the mid-summer classic.

During introductions, Phillies manager Jim Fregosi and their only All-Star, pitcher Ricky Bottalico, got a round of applause from the crowd.

There were many memorable moments during that July 9 game - and a few even before the first pitch.

While singer Sarah McLachlan sang the Canadian National Anthem, actor Kelsey Grammer, - Frasier himself - performed the U.S. National Anthem. It was made even better with an introduction by Phillies public address announcer Dan Baker.

Cal Ripken Jr. broke his nose, not during a play, but when the America League All-Stars were taking the team picture. Robert Hernandez of the Chicago White Sox slipped while coming off the platform and inadvertently knocked his hand into Ripken's face. 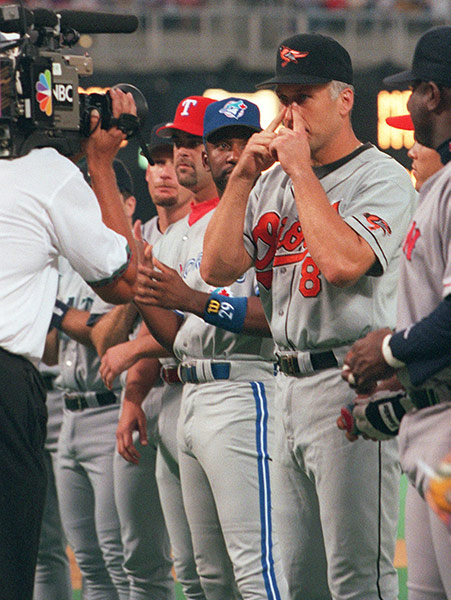 Baltimore Orioles Cal Ripken Jr. points to his broken nose for the television camera during pregame introductions before the All-Star Game Tuesday, July 9, 1996.

Ripken was able to pop his nose back in place so he could play in the game. 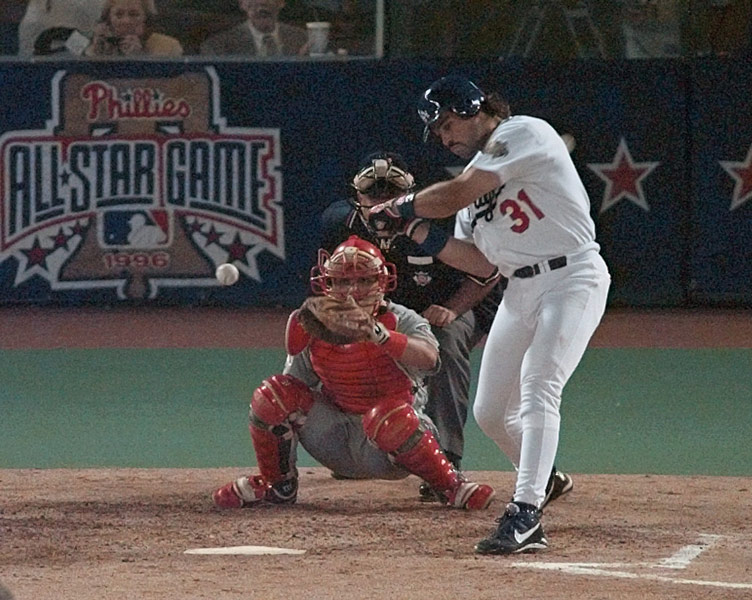 "The Wizard" was given a standing ovation by the fans in Veterans Stadium for his first at bat in the 6th inning; they also chanted "Ozzie! Ozzie!" 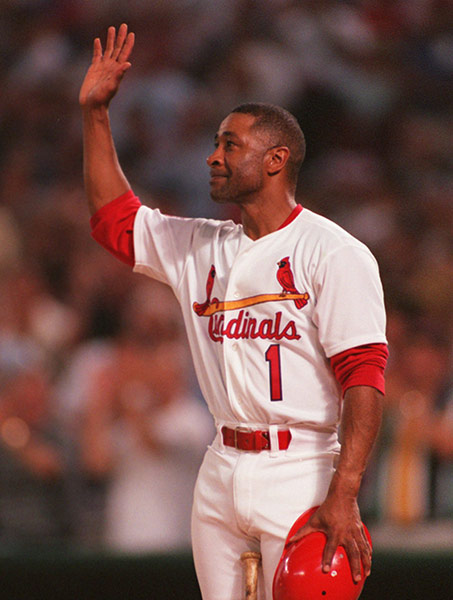 St. Louis Cardinals Ozzie Smith waves to the crowd during a standing ovation in the seventh inning of the All-Star Game, Tuesday, July 9, 1996.

Ken Griffey, Jr. was the top vote getter that year.

You can relive the whole game courtesy of MLB here:

Also of note, a week before, an All-Star hat was placed on the William Penn statue on top of City Hall. Needless to say, the Phillies did not win the World Series that year. 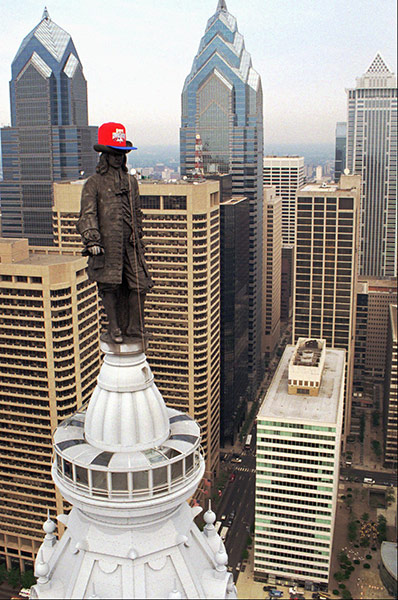