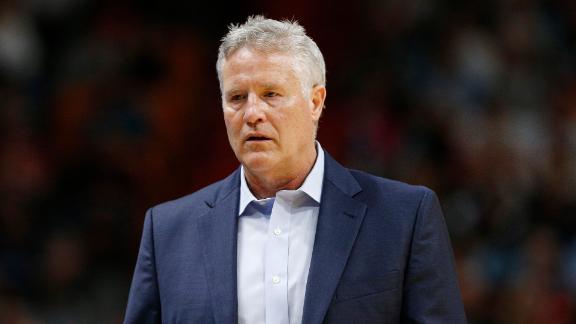 ESPN
Change of venue, change of fortune for the Philadelphia 76ers.

Such has often been the case for the topsy-turvy 76ers, who answered a disastrous four-game road trip by winning all four games on their recent homestand.

The Sixers aim to match a season-high winning streak and snap a five-game road skid Saturday night when they visit the NBA-best Milwaukee Bucks. The game begins a stretch of six of eight away from home for Philadelphia, which owns a 9-19 road record.

All-Star center Joel Embiid collected a season-high 39 points and 16 rebounds on Thursday as the 76ers posted a 112-104 overtime victory against the Brooklyn Nets. The 25-year-old also made 18 of 19 foul shots and had two key blocks to highlight the team's 26th victory in 28 home games.

An impressive performance to be certain for Embiid, who apparently was quite taken with his accomplishments.

"(Participating in) the All-Star Game, just proving I'm here, I belong, and being the best player in the world, I just intend to keep coming out every single night and just play hard and trying to get wins and just go out and try to win a championship," Embiid told reporters after the game.

While some people might take issue with his claim of being the "best player in the world," Embiid was the best player on the court Christmas Day in Philadelphia's 121-109 win over Milwaukee. He had 31 points and 11 rebounds in that encounter before making just 6 of 26 shots in a 112-101 setback to the Bucks on Feb. 6.

Fellow All-Star and reigning NBA MVP Giannis Antetokounmpo responded with 36 points and 20 rebounds in the most-recent meeting with the 76ers.

Antetokounmpo wasn't far removed from those gaudy numbers in the Bucks' return from the All-Star break with 33 and 16, respectively, in a 126-106 win at Detroit on Thursday.

Milwaukee sped to a 70-41 halftime lead and put it on cruise control from there.

"It was big to come off the break and play good basketball and be up almost by 30 at the half," Antetokounmpo said. "We picked up right where we left off."

Where they left off was winning 14 of 15 before dropping a 118-111 decision at Indiana in the final game before the All-Star break. Antetokounmpo sat out that game following the birth of his child.

"We came out and played our game and played with pace and aggression," Milwaukee's Khris Middleton said of the Pistons game, in which he scored 28 points on 11-of-18 shooting. "That's how we have to play the rest of the way."

Middleton, who averages 20.6 points, erupted for 31 points and 12-of-21 shooting on Christmas Day before adding 20 points in the rematch against Philadelphia earlier this month.

Brook Lopez mustered just four points in the most-recent meeting with the 76ers but has averaged 18.3 over his past four games.

Tobias Harris had 22 points, rebounds and six assists on Thursday for Philadelphia, which saw Ben Simmons (lower back tightness) sit out his third contest this season. Simmons is listed as probable for Saturday.

How does Brett Brown protect his future with the 76ers?
Damon Jones examines the issues that Brett Brown needs to fix with the 76ers and breaks down what he needs to do this season to remain as Philadelphia's coach.
Report a correction or typo
Related topics:
sportsespnmilwaukee bucksphiladelphia 76ersnba
Copyright © 2020 ESPN Internet Ventures. All rights reserved.
More Videos
From CNN Newsource affiliates
TOP STORIES