Howard made the announcement in a letter written on The Players' Tribune titled "Thank you, Philly."

Howard wrote about what he was going through his mind as he made his Phillies debut 14 year ago:

"I'd been hearing for years about how famous the fans in Philly were for being hard on their own players. And about how, if I didn't meet expectations, and meet them quickly, well, those fans - they were going to let me hear about it. It was basically the same advice from everyone, over and over: Philadelphia's tough. And if you want to survive there? You have to get tough, too.

Howard said he understood the Philadelphia fan - they were in the long championship drought and were hungry.

"So when I'd hear that Philadelphia was 'hard on its players,' it's funny - I'd just be like, Alright, well, that's my kind of town. I related to that," Howard said. "And I saw Philly as having that hunger to win - same as mine."

Howard recalled his first time coming up to bat 14 years ago at Citizens Bank Park. He was nervous and did not know how the crowd was going react, until he heard them. "Man..... the crowd just ROARED."

"It's like they were telling me, You're family, now. You're one of us. And this special thing that we've got going here - starting tonight, you're a part of that," Howard said.

In the letter, Howard also looked back at his first home run, winning the Home Run Derby in 2006 with his son watching, and, of course, winning the 2008 World Series.

Howard recalled the moments before the final out of Game 5 when pitching coach Rich Dubee went to the mound to visit Brad Lidge. Howard said Dubee asked Lidge how'd it go the last time he faced Tampa Bay Rays' Eric Hinske. Lidge said, "He waffled me."

Howard explained, "Waffle was our word, as a team, for when someone totally destroyed you... but it was also kind of like ... this ... joking term. You have to understand that about the moment. Or to put it another way: Waffle wasn't the kind of word that you were used to hearing in the top of the ninth, with two outs, one batter away from clinching the World Series."

Howard said the group of seven at the mound tried to keep their cool and stay composed.

Howard ended his letter by thanking his family, friends, and the fans:

"Thank you to the crazy game that I'll miss, and the crazy city that I love. And thank you, from the bottom of my heart, to the most passionate group of fans in the world. Y'all took a chance on this big, quiet kid from St. Louis - and for that I'll always be grateful." 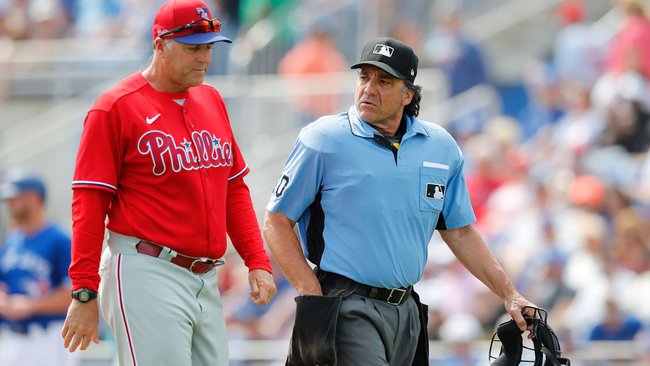