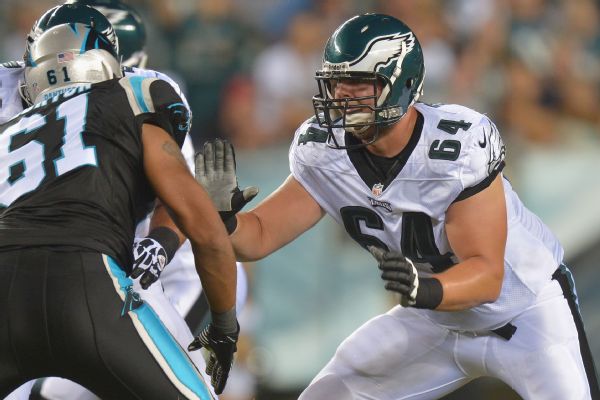 RENTON, Wash. -- The Seattle Seahawks have acquired offensive lineman Matt Tobin and a 2018 seventh-round pick from the Philadelphia Eagles in exchange for a fifth-round pick.

Tobin entered the league as an undrafted free agent out ofIowain 2013. He has started 21 games in four seasons and has played both tackle and guard.

Seattle coach Pete Carroll said Monday that second-year player Rees Odhiambo would get a shot to replace Fant. The team could also move Luke Joeckel over from left guard, and rookie Ethan Pocic could compete there as well.

None of Tobin's starts have come at left tackle, but he has filled in there before and is expected to compete for playing time at that spot.
Report a correction or typo
Related topics:
sportsespnnflseattle seahawksphiladelphia eaglesmatt tobin
Copyright © 2020 ESPN Internet Ventures. All rights reserved.
More Videos
From CNN Newsource affiliates
TOP STORIES