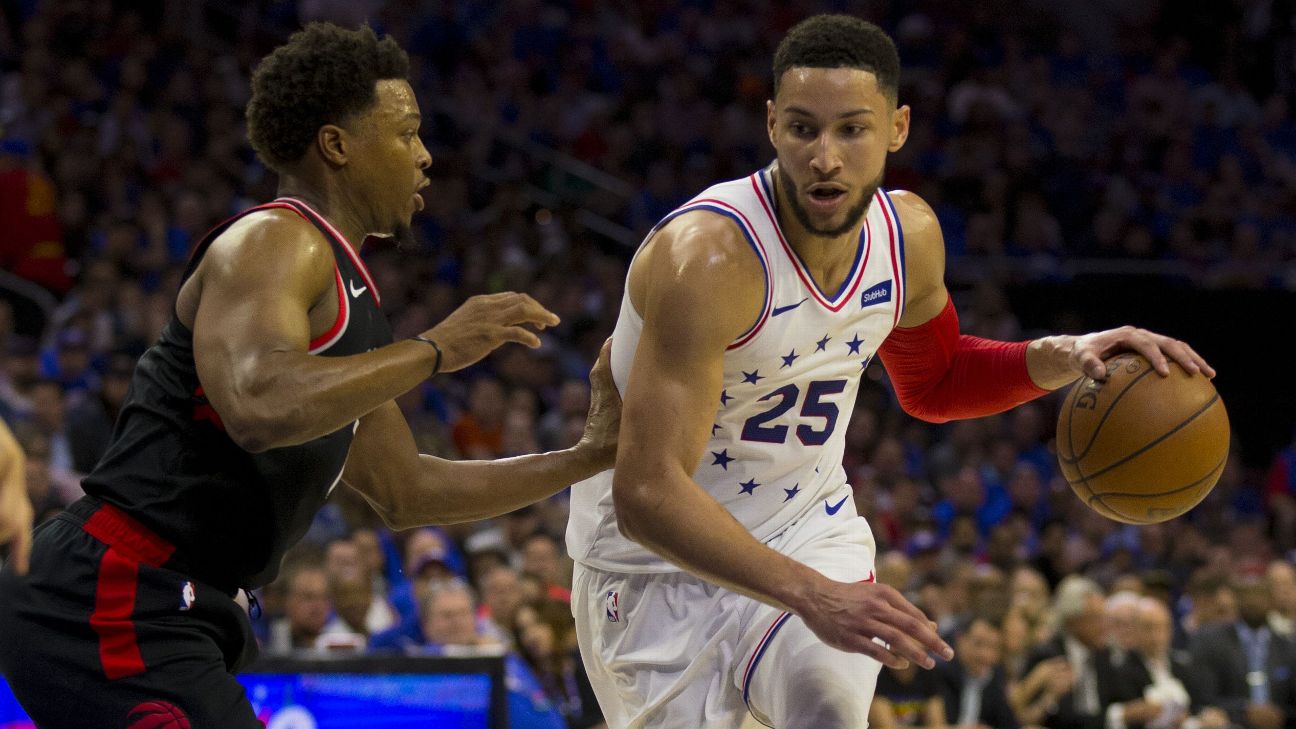 CAMDEN, N.J. -- Ben Simmons vows to move on to Game 4 of the NBA Eastern Conference semifinals series against the Toronto Raptors without dwelling on the $20,000 that his Game 3 run-in with Kyle Lowry cost him. But not everybody on the Philadelphia 76ers is taking the same approach.

"It looked like he intentionally put his butt in [Simmons'] face," Sixers guard JJ Redick said, accusing Lowry of instigating the action that led to Simmons striking Lowry in the groin, resulting in the fine and a flagrant foul 1 assessed by the NBA after the fact. "That was weird."

Philadelphia went on to win Thursday's Game 3, dominating the Raptors 116-95 to take a 2-1 series lead. Lowry told ESPN's Tim Bontemps that Simmons apologized to him during the game for the contact.

The Sixers host the Raptors again at the Wells Fargo Center on Sunday with a chance to really tilt the series in their favor with a victory.

"We got another game to win, so I'm not really worried about it," Simmons said when asked about the fine after Saturday's practice.

Sixers coach Brett Brown credited Simmons' answer and said he will remind his team to avoid any scuffles that could result in suspensions and mar their postseason chances.

"It's part of the NBA, physicality and heightened emotions," Brown said. "And I think Ben said it best where he said he just wants to move forward and play Game 4. It's stuff where we talked a lot about it with my team before the playoffs began -- how things can go south with things of that sort."

Brown has brought up the 2007 playoff series between the San Antonio Spurs and Phoenix Suns several times to reporters as a cautionary tale. Brown's Spurs upset the Suns after Amar'e Stoudemire and Boris Diaw were both suspended for leaving the bench area while responding to a hip-check foul by Robert Horry on Steve Nash.

"So, that's always on my mind as a coach to share those stories and remind them, but I think by and large, it's part of the NBA landscape, and as Ben said, we'll move forward and play Game 4," Brown said. 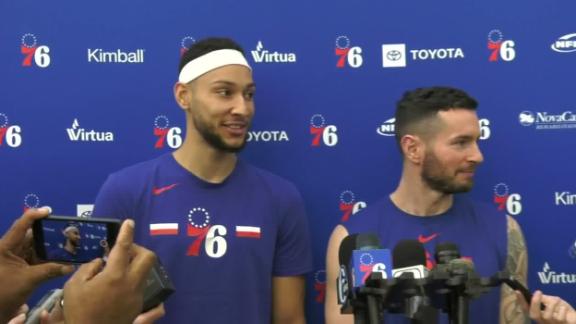