Source: Dwight Howard opts out despite Rockets' efforts to keep him 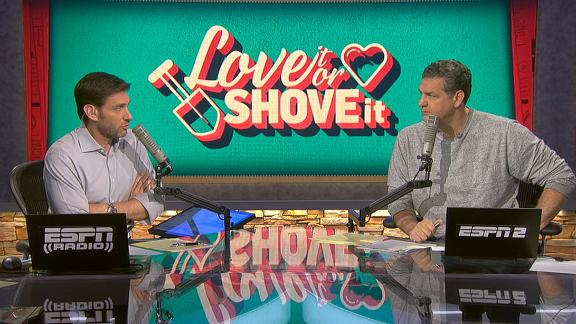 HOUSTON -- Before Dwight Howard decided to decline his $23.2 million player option, Houston Rockets officials tried to convince him to remain with the team, according to a source.

The team values Howard's defensive abilities and his potential on the offensive end in a new scheme under recently hired coach Mike D'Antoni.

However, at $23.2 million, it would seem that salary is too much for the Rockets to pay Howard to be the third or fourth option on offense. A reduced salary is a possibility for Howard should he return. But given the increase in the NBA salary cap, Howard could command a max contract in excess of $30 million per season.

The 30-year-old center now will become a free agent on July 1 after averaging 13.7 points and attempting 8.5 field goals per game in 2015-16, his lowest output since his rookie season withOrlandoin 2004-05.

With D'Antoni in charge, the Rockets will maintain their presence as a 3-point-shooting team, use more pick-and-roll plays, and endeavor to go younger at center by utilizingClint Capela, a 22-year-old who played in a career-high 77 games last season.

Howard, who didn't play well in his one season with the Los Angeles Lakers when D'Antoni was the coach, didn't seem excited to play in that system again.

Health was an issue for Howard at the start of last season, as he couldn't participate in back-to-back games because of a sore back. As the season progressed, Howard played in back-to-back games and didn't have any limitations, but the Rockets went in a different direction offensively, leaving him seeking more opportunities.

Howard said he spoke with Morey about increasing his involvement in the offense but was told things weren't changing.

Now, Howard is set to start a new journey with his fourth NBA team.

With Howard off the books, the Rockets gain $45 million in cap space.