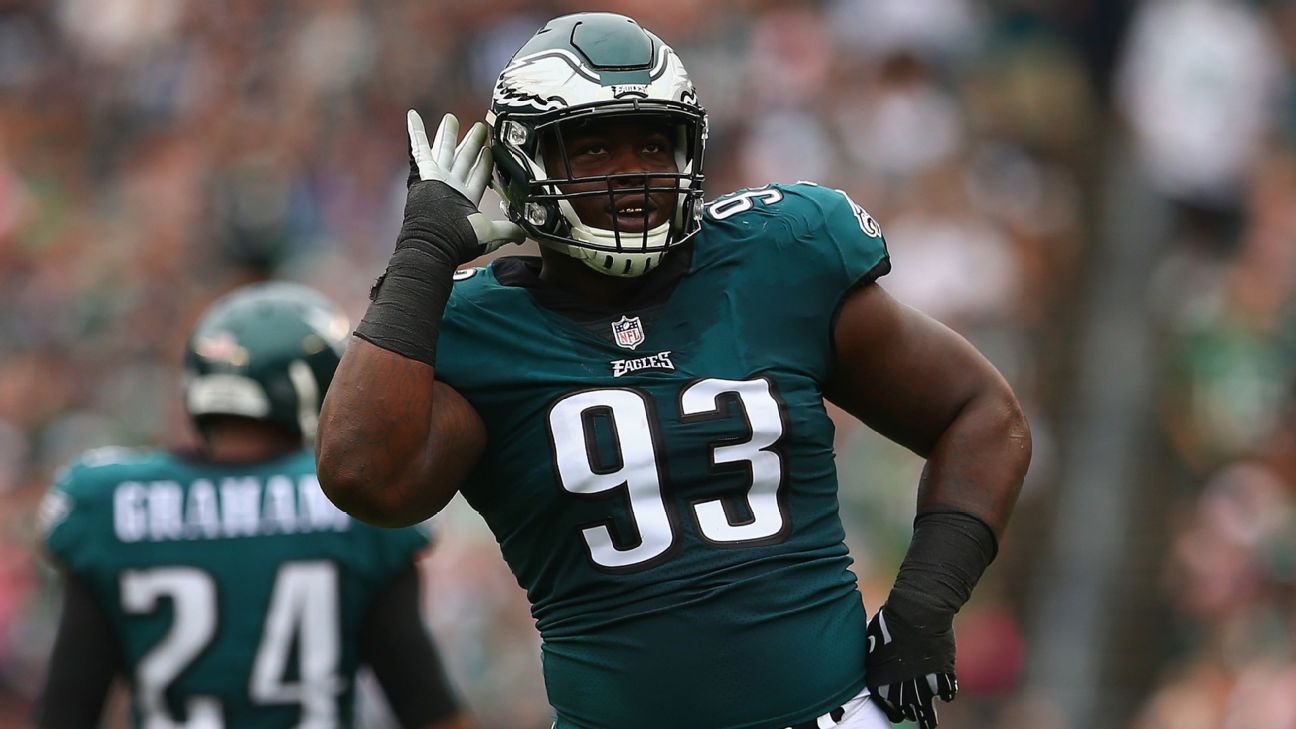 PHILADELPHIA -- The Philadelphia Eagles are not picking up defensive tackleTim Jernigan's option for 2019, a source told ESPN's Adam Schefter, allowing him to become a free agent on March 13.

This was an expected move, as Jernigan was due a base salary of $11 million and would have cost $13 million against the cap -- a hefty price for a player who appeared in just three games last year following offseason surgery to repair a herniated disc.

His 2019 salary was originally guaranteed as part of the four-year, $48 million extension he signed in 2017, but the two sides reworked his deal following his injury last offseason, making the final years in his contract option years.

Jernigan was a key piece of the defensive line during the Eagles' 2017 championship season, as he teamed up with Fletcher Cox to create one of the best defensive tackle tandems in football. He posted 2.5 sacks, nine tackles for loss and eight quarterback hits that year.