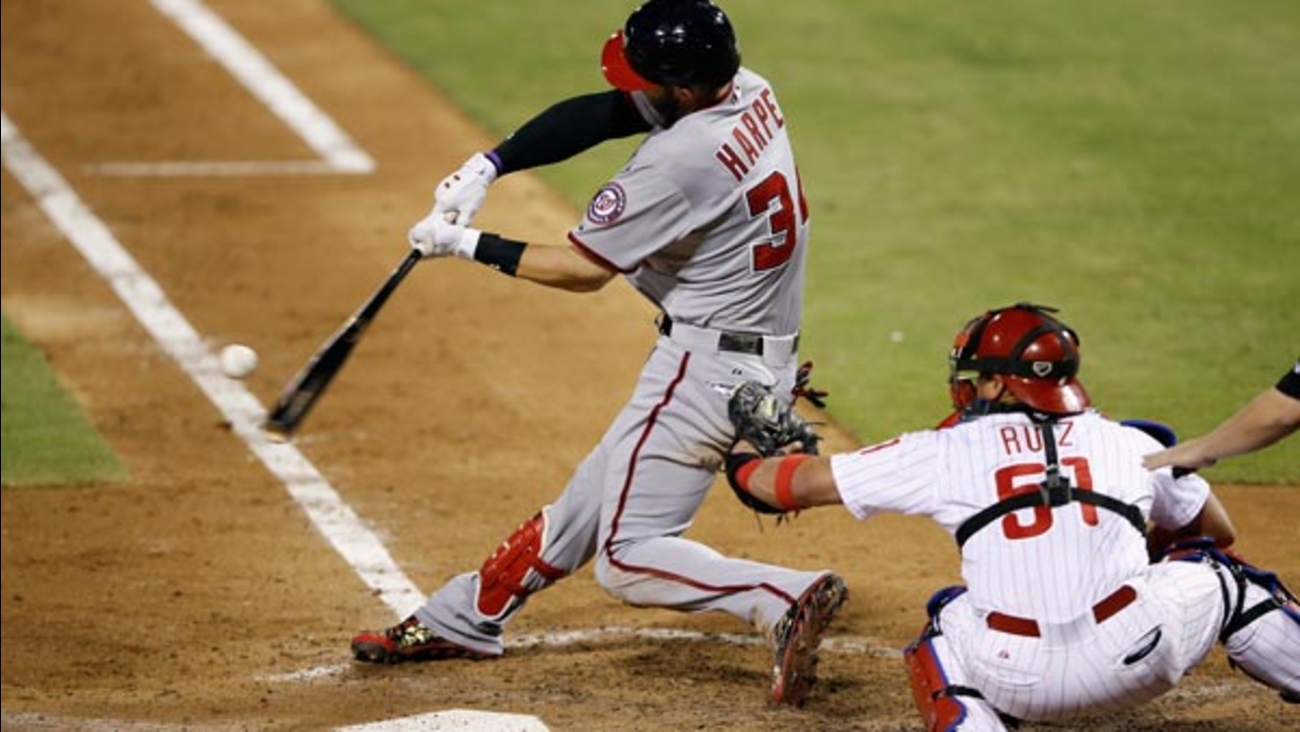 Strasburg gave up one hit and tied a career-best with 14 strikeouts in eight dominant innings, Bryce Harper hit two homers and the Washington Nationals beat the Philadelphia Phillies 4-0 on Tuesday night.

Strasburg (9-7) allowed only a single to Cody Asche leading off the bottom of the fifth - a hard grounder to right field. He has 27 strikeouts in his last two starts.

"I trust my instincts, go out there and battle," Strasburg said. "I don't worry about what the stuff is doing. I want to gout there and compete."

The hard-throwing righty struck out the side twice and fanned eight of the last 12 batters he faced. He was still firing 96 mph fastballs in the eighth. Blake Treinen tossed a 1-2-3 ninth to complete the shutout.

The Nationals have won three straight, but it seems too late to catch the NL East-leading New York Mets. Washington is 8 games behind New York, which lost 9-3 to Miami.

Strasburg struck out 14 one other time, in his major league debut against Pittsburgh on June 8, 2010. He had 13 in 7 1-3 innings in a loss to the Mets last Wednesday. This was his longest outing since he went eight innings in a win over Arizona on Aug. 19, 2014. Strasburg has one complete game and shutout in his career. It was against the Phillies on Aug. 11, 2013.

"It's very special to play behind that," Harper said.

Harper drove one out to center field in the first for a 1-0 lead against David Buchanan (2-9). He added an RBI single in the third to make it 2-0. Harper hit an opposite-field, two-run shot to left in the eighth off Adam Loewen. He hugged manager Matt Williams when he returned to the dugout after that blast.

"He does everything he can to help me," Harper said. "He's unbelievable with the mind game, talking about hitting."

There's been speculation Williams could lose his job because the talented Nationals underachieved this season, but the team's best player gave him a strong endorsement.

"I love him as a manager. If I didn't, everybody would know it," Harper said. "He wants us to be perfect and I love that."

Buchanan gave up two runs and five hits in six innings after getting rocked in his last three outings.

"I wanted to do a lot better," Buchanan said. "I wanted to pitch with confidence and compete."

Harper had his 10th career multihomer game and fifth this season. "The progressions he's made are really nice to see," Williams said. "He's taking the ball the other way and he has power to all fields."

Nationals: INF Ryan Zimmerman (left oblique) was out of the lineup for the seventh straight game.

Phillies: 1B Ryan Howard (knee bruise) and OF Aaron Altherr (elbow bruise) were out of the lineup. Howard went to the emergency room to have his knee drained Monday night after getting hit with a throw. He could miss several games.

LHP Gio Gonzalez (10-7, 3.88) goes for the Nationals in the series finale. The Phillies changed their starter after the game. RHP Alec Asher 90-3, 10.67) will take the mound instead of lefty Adam Morgan. 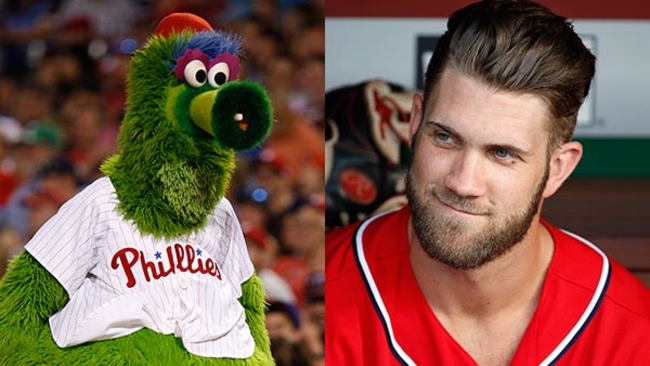