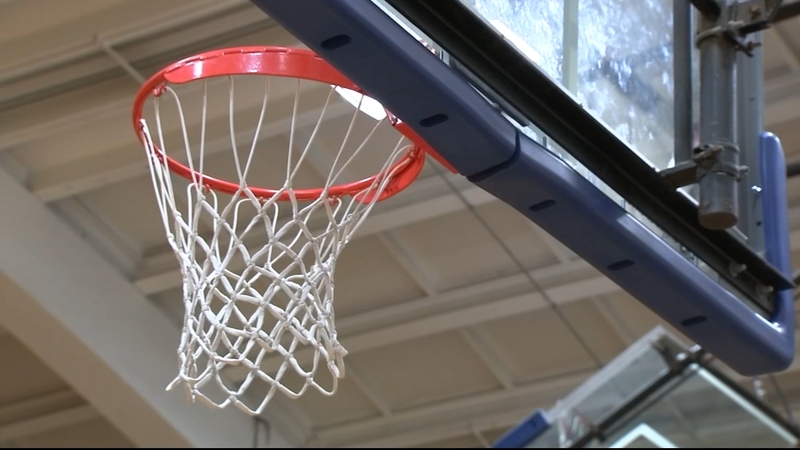 CHEYNEY, Pennsylvania (WPVI) -- On a college campus with only 550 students, rumors can spread quickly. And one of the biggest rumors involved the basketball team at Cheyney University.

It wasn't about one player being cut, but the entire team being cut.

"It was pretty much just a rumor floating around through everybody, but I was never really sure," said Damond Dukes, a sophomore basketball player.

"We never came back from spring break because of COVID," said Dukes of the months after his freshman season. "Around July or August, I heard from my coach at our season was going to be canceled."

The school decided to cut the 2020-2021 basketball season due to COVID concerns. That's when the rumor started to spread that the entire basketball program would be cut.

Dukes started a petition that gained more than 1,000 signatures. Students feared that the basketball team would face the same fate as Cheyney University's football team, which was suspended in 2017 as the school made cuts to restructure.

But Cheyney University President Aaron Walton says there are no plans to cut the school's basketball team.

"It was never any mention of discontinuing basketball, I don't know where that started. We are in the process of building a sports complex at Cheyney," said Walton.

He added that the university weighed the cost of the complex and determined that investing in the new facility would be a benefit to both the students and the university's future plans.

That multi-million dollar complex comes as the university has struggled in recent years to stay afloat. In 2019, Cheyney University almost lost its accreditation.

Deep in debt, they've been charged with balancing their budget. It's a challenge that Walton says the university has met.

"The last two years we have balance our budget at a surplus," said Walton.

The school has affirmed its accreditation through 2023, but the fight to keep Cheyney open is ongoing. The latest effort focuses on partnering with private companies and bringing them on-campus to boost the curriculum.

"Biotech, analytical services, cancer research, those are the kind of organizations that we have been attracting to campus," Walton said.

Cheyney University also secured $5 million in federal funds as part of the stimulus package. About 50% of that money went directly to students, Walton says. The other half went to equipping the school so that they could hold classes both in-person and virtually under COVID guidelines.

As for the basketball team, university officials are waiting on COVID protocol to determine if the team will play next season.

"I feel like we could make an effort to have us play next season," said Dukes. "We can play with masks if we have to. We have to do something."
Report a correction or typo
Related topics:
sportsdelaware countycollege basketballcollegecheyney university
Copyright © 2021 WPVI-TV. All Rights Reserved.
More Videos
From CNN Newsource affiliates
TOP STORIES