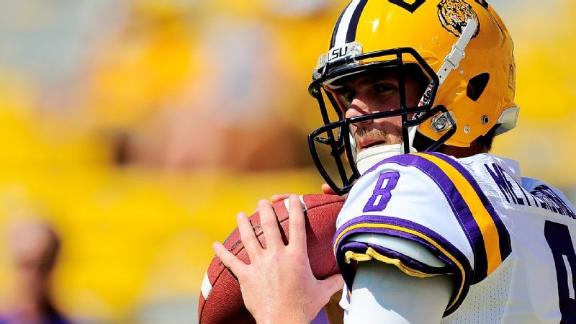 A diluted sample is usually regarded as a failed test under the NFL's drug-testing program.

Mettenberger is one of more than 10 prospects with positive tests from the combine, sources told Schefter.

Jason Eliowitz, Mettenberger's physical therapist, said the quarterback has been drinking at least one gallon of water per day to combat dehydration, according to ProFootballTalk.com.

Information from ESPN NFL Insider Adam Schefter and ESPN's Joe Schad was used in this report.