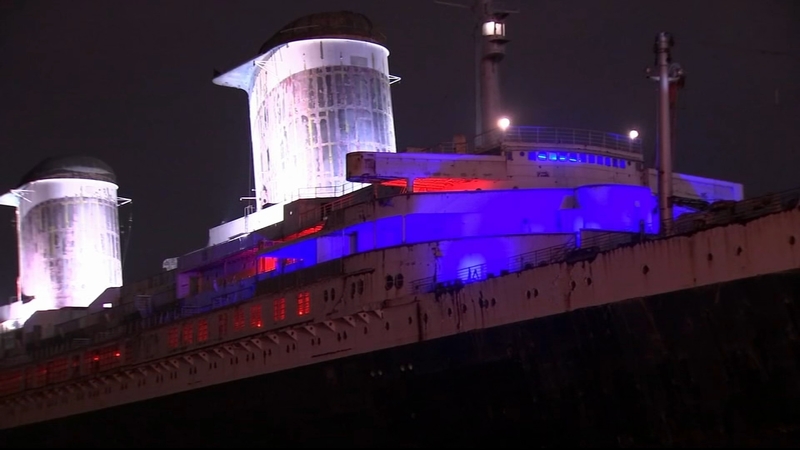 PHILADELPHIA (WPVI) -- The lights were on at the SS United States docked in South Philadelphia Wednesday night, but the colors were red, white and blue. It was a tribute to all those who have battled the deadly COVID-19 pandemic.

"We're paying tribute to every American who throughout the course of this challenging year has worked together to ensure this country will persevere and will come back from this virus," said Tom Basile, the senior advisor with the SS United States Conservancy.

The nonprofit is dedicated to preserving the ship and trying to make it new.

Basile says there's no better place that can represent how we've all worked together to combat COVID than the SS United States, which was built with materials from every state.

"It's the only one of its kind, the largest passenger liner ever built in the United States, and it still holds the transatlantic speed record," he said.

Basile also says later this year they'll commemorate 25 years of the ship being here in Philadelphia, and there are still plans for it to have a future.

"There are all sorts of ideas from hotels and restaurants, conference centers, green energy, you name it," said Basile. "The SS United States has always beaten the odds. She's still here and she's still a symbol of our nation."