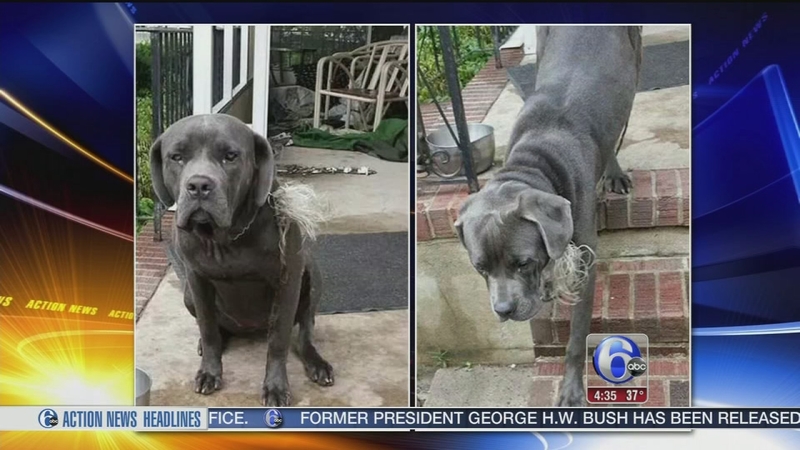 RIVERSIDE, N.J. (WPVI) -- Police in Burlington County say an 86-year-old man may be the victim of a particularly heartless crime.

As it turns out, police think the dog was stolen by someone who claimed to be acting in Bess' best interest.

But now Fairbrother's one year old dog is missing.

Fairbrother has no close family nearby. Bess - a cane corso - not only helped him get around but became his friend.

"Since she's been gone I talk to her," Fairbrother said.

From his porch in Riverside, New Jersey that still bears signs of Bess, the 86-year-old explained how back in October a woman who said she was from an animal rescue organization approached him.

She approached in a white minivan and offered to spay Bess, clip her nails, and return her in a few days.

Fairbrother says she never did.

"I went into depression, really. I didn't come out of this house hardly," he said.

Fairbrother called the number the woman gave him, but no one knew her. He says he should never have trusted her but she seemed sincere. And since he couldn't drive himself, he took her up on the offer.

"She said, 'It won't cost you a dime.' Now I should have smelled a rat right there," Fairbrother says.

He believes Bess was stolen for breeding purposes.

Riverside Township police say they investigated the leads they had and looked at video from the area. However, police need new information to push this case forward.

Two months have now passed and Walter Fairbrother isn't sure if Bess will ever return home. But he still hopes.