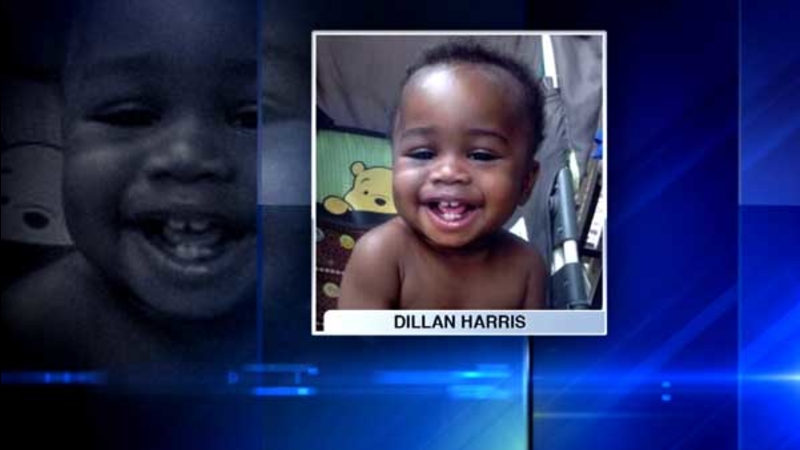 CHICAGO (WPVI) -- The mother of 13-month-old Dillan Harris, who was sitting in his stroller when he was struck and killed by a car on the South Side, is suing 20 police officers, the City of Chicago and the man charged in her son's death.

Antoine Watkins, 21, is accused of driving the car that jumped the curb, ran over the toddler strapped in his stroller and dragged his body into a vacant lot in the 6300-block of South Ellis Avenue in the city's Woodlawn neighborhood on July 11.

Police said Watkins had fled a shooting in the 7700-block of South Kingston Avenue in Chicago's South Shore neighborhood around 1:45 p.m. Marvin "Capo" Carr, 22, was killed in that shooting.

The 13-month-old boy, his mother and her two sisters were on their way to the beach when he died.

Shatrelle McComb, Dillan Harris' mother, filed the lawsuit on Wednesday. She claims Watkins was being chased by police and that the pursuit reached speeds in excess of 60-miles per hour.

The suit claims officers were told to stop the chase because there were too many pedestrians in the area. She said the officers involved continued the pursuit for another 20 minutes.

McComb said her baby would be alive if police heeded the instructions. The lawsuit seeks $300,000 in damages.

The Chicago Police Department said it has not yet reviewed the lawsuit, but at this point there is no evidence to suggest that anyone other than the driver of the car is responsible for Dillan Harris' death.