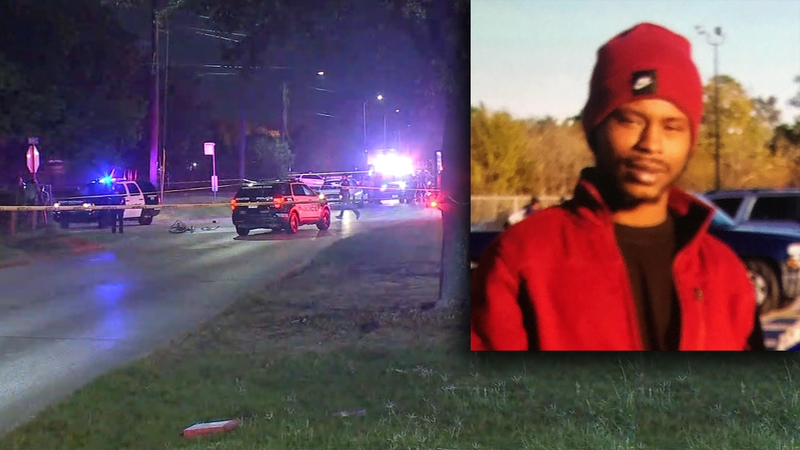 HOUSTON, Texas (WPVI) -- Houston police say a man was hit and killed by an officer who was responding to a call Tuesday night.

The deadly encounter happened at Wayside Drive near Joy Street in Northeast Houston. It was caught on the dashboard camera of a man who was parked nearby.

Dante, the man who says he saw the crash, said the officer's lights and sirens were not on.

"Right after he hit him, he turned his lights on. So I mean, it's just a messed up situation where I mean, we're just gonna see what's gonna happen with it. If you just don't get slapped on the wrist or going to get fired, or, what, but he hit him. And a young man's dead now," Dante said.

Houston Police Assistant Chief Henry Gaw said the officer was responding to a suicide call, but he would not say whether the officer had his lights and sirens on or if he was speeding.

Gaw added that the protocol states the officer who is responding to a Code 2 has the option to have his or her lights and sirens on.

Police would not say if the officer was in the wrong but an investigation is underway.

"We're making sure here with our investigation, that, you know, policies and so forth were followed," Gaw said. "You know, again, this is a very tragic incident where a citizen was killed."

HPD officer responding to a suicide call hit and killed a man on a bike in NW Hou. It was captured on video. Man who shared that video w #abc13 says officer did not have lights, sirens on. Latest coming up at 5:30 ⬇️⬇️⬇️ pic.twitter.com/DrwC7eqCH9