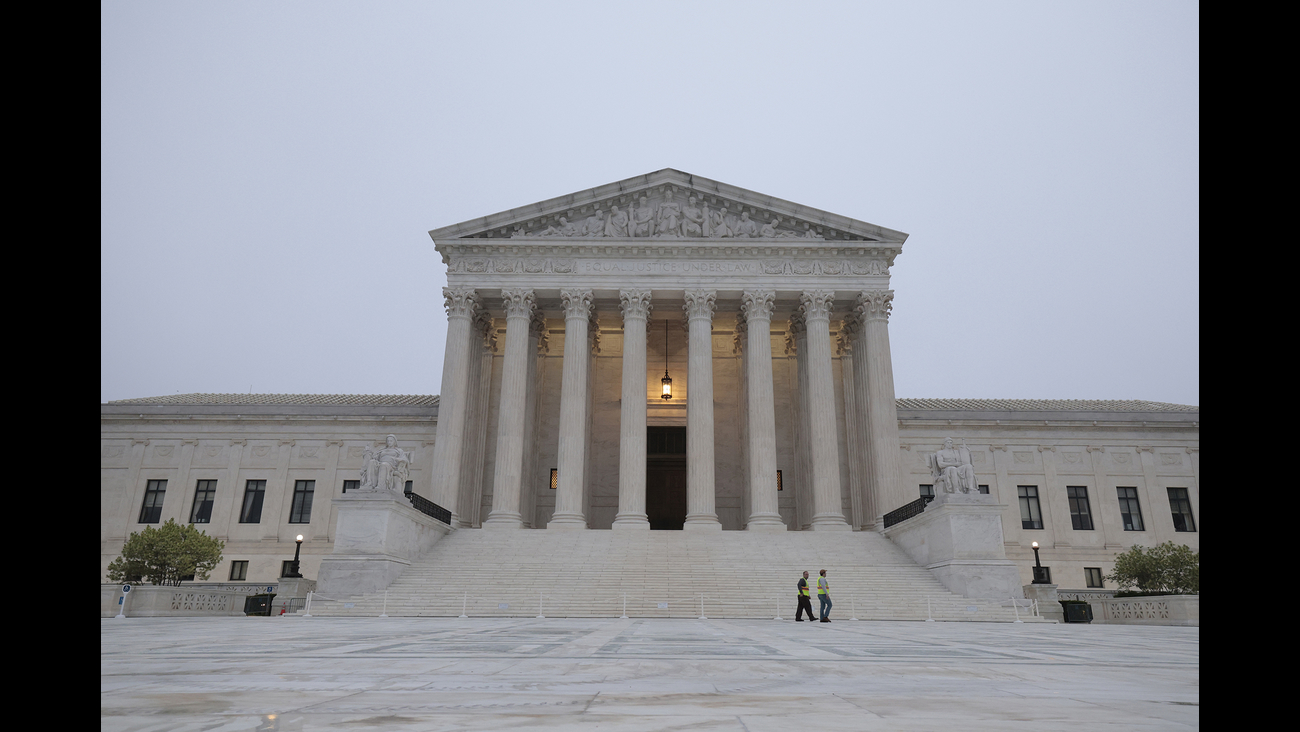 CNNWire
WASHINGTON -- The Supreme Court said Monday that state prisoners may not present new evidence in federal court in support of a claim that their post-conviction counsel in state court was ineffective in violation of the Constitution, CNN reported.

The ruling is a major defeat for two inmates on death row who said they had compelling claims that their state lawyers failed to pursue.

In addition, it will make it harder for inmates across the country to prevail on claims that they received ineffective counsel at the state court level in post-conviction proceedings.

The 6-3 opinion was penned by Justice Clarence Thomas.

Thomas suggested that allowing such claims to go forward would cause unnecessary delays, and he said that federal courts "must afford unwavering respect to the centrality of the trial of a criminal case in state court."

"Serial relitigation of final convictions undermines the finality that is essential to both the retributive and deterrent functions of criminal law," he wrote. In his decision, Thomas emphasized the brutality of the crimes.

He called the "intervention" by federal courts an "affront to the state and its citizens who returned a verdict of guilt" and said that federal courts "years later" lack the "competence and authority to relitigate a state's criminal case."

The three liberal justices dissented. In a stinging dissent, Justice Sonia Sotomayor called the decision "perverse" and said that the court had gutted precedent. The majority opinion, she wrote, "reduces to rubble" many inmates' constitutional rights.

"The Sixth Amendment guarantees criminal defendants the right to the effective assistance of counsel at trial," Sotomayor wrote. "Today, however, the court hamstrings the federal courts' authority to safeguard that right."

She said that while the majority "sets forth the gruesome nature" of the crimes, the "Constitution insists" that no matter "how heinous the crime, any conviction must be secured respecting all constitutional protections."

The inmates involved were not at fault for their lawyers' failure to develop evidence, and they should have been able to get into federal court, Sotomayor said.

"To put it bluntly: Two men whose trial attorneys did not provide even the bare minimum level of representation required by the Constitution may be executed because forces outside of their control prevented them from vindicating their constitutional right to counsel," Sotomayor wrote.

She said the Sixth Amendment's guarantee to the inmates "is now an empty one."

The case was closely watched by those seeking death row exonerations. According to one such group, the Innocence Project, nearly 3,000 people have been wrongly convicted of crimes since 1989, and since 1973, 186 people condemned to death have been exonerated.

"It's hard to overstate how significant this technical ruling is for state prisoners trying to argue that they haven't received the effective assistance of counsel guaranteed by the Sixth Amendment," said Steve Vladeck, CNN Supreme Court analyst and professor at the University of Texas School of Law.

"It's usually difficult, if not impossible, to show that your lawyer was ineffective without introducing new evidence, since that ineffectiveness often turns on evidence that wasn't introduced," Vladeck said. "But today's decision makes it impossible for prisoners to rely upon new evidence to prove that the lawyer representing them in state post-conviction proceedings was ineffective."

In the case at hand, Arizona pointed to a federal law that it interpreted to mean that an inmate could not develop a claim in federal court if it hadn't been raised in state court.

Lawyers for the inmates said Arizona was misreading the law because the inmate couldn't be blamed for the mistake of their state-appointed lawyer.

Barry Jones, one of the inmates, argued there was compelling evidence of his innocence for a charge of murder and won relief from the 9th US Circuit Court of Appeals. He is now seeking either to be released or retried. Another inmate, David Ramirez, did not argue his innocence, but he said there was compelling evidence that his state counsel did not explore his claims of intellectual disability.

After Monday's opinion was released, their lawyer, Robert Loeb, said that the court's decision represents a "tragic loss" for his clients but would also have wide-ranging impact.

"The court's decision effectively closes the federal courts to many prisoners with extremely serious constitutional ineffective trial counsel claims simply because they were unlucky enough to have incompetent lawyers at every stage of state court proceedings," Loeb said.