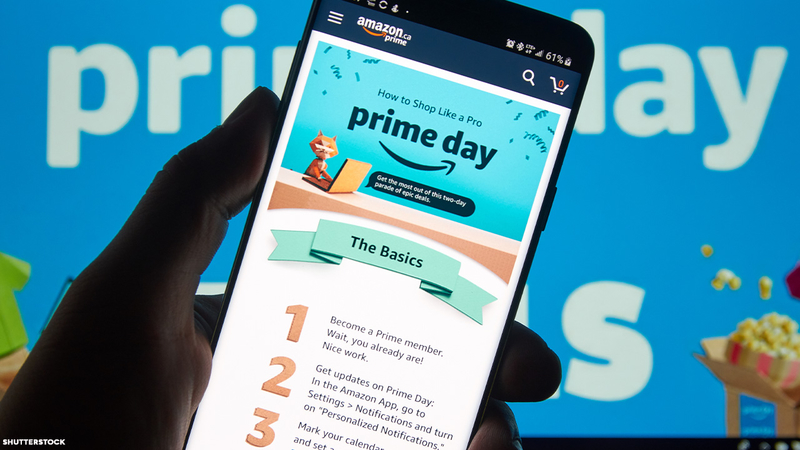 The company is holding its annual Prime Day over two days in October this year, after the pandemic forced it to postpone the sales event from July. It's the first time Prime Day is being held in the fall, and Amazon is positioning it as a way to get people to start their holiday shopping.

Even before Amazon's announcement Monday, major retailers have said they plan to push shoppers to start their holiday shopping in October and offer deals earlier, hoping to avoid crowds in their stores in November and December.

RELATED: Target to close stores on Thanksgiving and roll out early holiday deals

Prime Day, which will run from Oct. 13 to Oct. 14 this year, is sure to put pressure on rivals to offer deals around the same time. In past years, Walmart, Best Buy and Target have offered their own online discounts during Prime Day.

Also, this year, Amazon is committing to focusing on small businesses.

From Sept. 28 until Oct. 12, when you spend $10 on select small business products, you'll earn $10 to spend on Prime Day. The offer is exclusive for Prime members.

You can also start saving early on some items.

Amazon is also offering tips if you plan to shop on Prime Day and don't want to miss out on the sales.

Tip 1: Get deal alerts - Just tap "Watch this deal" in the Amazon app.
Tip 2: Look for deal badges - Prime Day deals are badged in blue. You can save them and shop them.
Tip 3: Access deals different ways - You can use Amazon.com, the Amazon app or Alexa.
Tip 4: Just ask Alexa - Alexa, what are my Prime Day deals?
Tip 5: Amazon Assistant - The assistant is supposed to help make it easier to compare prices, wherever you shop.

Amazon started the sales event in 2015 as its answer to Singles' Day, a shopping holiday in China popularized by Chinese ecommerce company Alibaba. Prime Day has become one of Amazon's biggest shopping days, since it offers some of its deepest discounts of the year.

Amazon also sees it as a way to get more people to sign up for its Prime membership, since only those paying $12.99 a month or $119 a year can access the deals.

The company said Amazon Prime members in 19 countries will get access to deals this year, including two new ones: Brazil and Turkey. It already held Prime Day in India this summer.