Ted Cruz drops out of the presidential race.

The conservative tea party firebrand who tried to cast himself as the only viable alternative to Trump ended his campaign after a stinging defeat in Indiana's Republican primary. 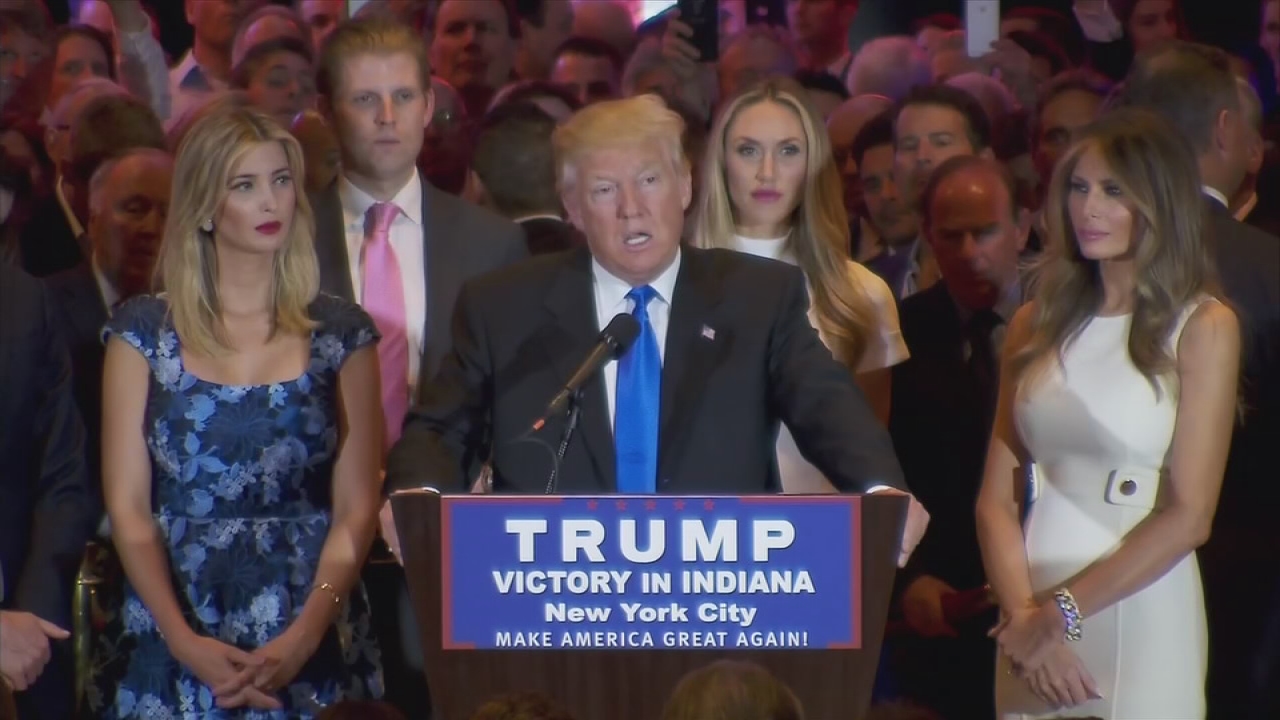 VIDEO: Trump comments on Ted Cruz
Donald Trump speaks after his win in the Indiana primary and Ted Cruz dropping out of the race.

"It appears that path has been foreclosed," Cruz told supporters in Indianapolis. "Together, we left it all on the field of Indiana. We gave it everything we've got, but the voters chose another path, and so with a heavy heart but with boundless optimism for the long-term future of our nation, we are suspending our campaign."

Had he succeeded in his quest, Cruz would have been the first U.S. president of Hispanic descent, although he often downplayed his heritage on the campaign trail, instead, touting the need for tougher immigration laws, for a border wall along the border with Mexico, protecting gun rights, repealing President Barack Obama's health care law and instituting a flat tax.

Cruz argued he was the only true conservative in the race, building on his reputation in the Senate where he clashed both with Democrats and members of his own party over his ideological stubbornness. Cruz railed against what he called the "Washington cartel," trying to appeal to an electorate that is craving political outsiders.

But he ultimately couldn't compete with Trump's appeal among white, working class voters who were drawn to the billionaire's outlandish approach to politics.

Cruz's campaign placed its hopes on a data-driven effort to turn out conservative evangelical Christians who had opted out of recent presidential elections. Increasingly, he would modify his travel schedule to go where data showed there might be pockets of untapped supporters.

With the scale tipping increasingly in Trump's favor, he announced an extraordinary pact in April with his other rival, Ohio Gov. John Kasich, in which the two would divide their time and resources based on states where they were each poised to do better.

Days later, he prematurely named former Hewlett-Packard chief executive Carly Fiorina as his running mate, hoping it would woo some of the female voters turned off by Trump's brash rhetoric.

Trump's appeal to evangelicals, though, and the New York billionaire's popularity with the broader Republican electorate, proved too much.

Cruz was joined on stage with his parents, as well as by Fiorina and his wife, Heidi.

He made no mention of the Republican front-runner, vowing instead to continue his fight for liberty and for the Constitution.