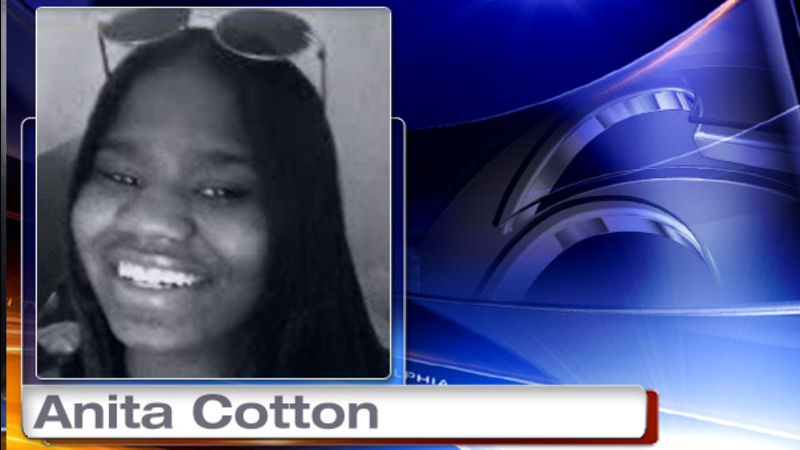 HUNTING PARK (WPVI) -- Action News has learned the name of the teenager who was found fatally stabbed in the parking lot of a Walgreens in Philadelphia's Hunting Park section.

Family members have identified the victim as 17-year-old Anita Cotton.

A pedestrian found the girl around 3:45 a.m. Sunday lying in the pharmacy parking lot in the 4200 block of North Broad Street.

The pedestrian quickly flagged down a patrol car.

Philadelphia police are investigating the fatal stabbing of a teenage girl in Hunting Park.

The teen had suffered a stab wound to the neck. Officers rushed her to Albert Einstein Medical Center where she was pronounced dead.

Anita's father, Tyrone Bethel, said she had been on her way home from July 4th festivities with her cousin.

"She was coming from the fireworks that they had down Penn's Landing. And I heard it was a scuffle, a fight or whatever took place and somebody stabbed her to death," said Tyrone.

Several friends and family members say a fight broke out in the parking lot but they don't know why.

"I don't think she had any friends that would do this...Somebody just wanted to do some damage to somebody so young," her father said.

"My niece - she was a nice girl. She wasn't no fighter. She went out and a fight broke out and the end result was she got stabbed," explained Anita's aunt, Thelma Cotton-Blair.

Those who knew Cotton say she was a student and a dedicated mother to her 2-year-old daughter.

"She was cool, she stayed smiling no matter what she was going through. Young, smart, a great mom," said Christopher Gardner, the child's father.

"I'm a little upset about this but I want to find out who did it and I wish they'd turn themselves in," said Tyrone.

The manager of the Walgreens says police are reviewing surveillance video from the parking lot.