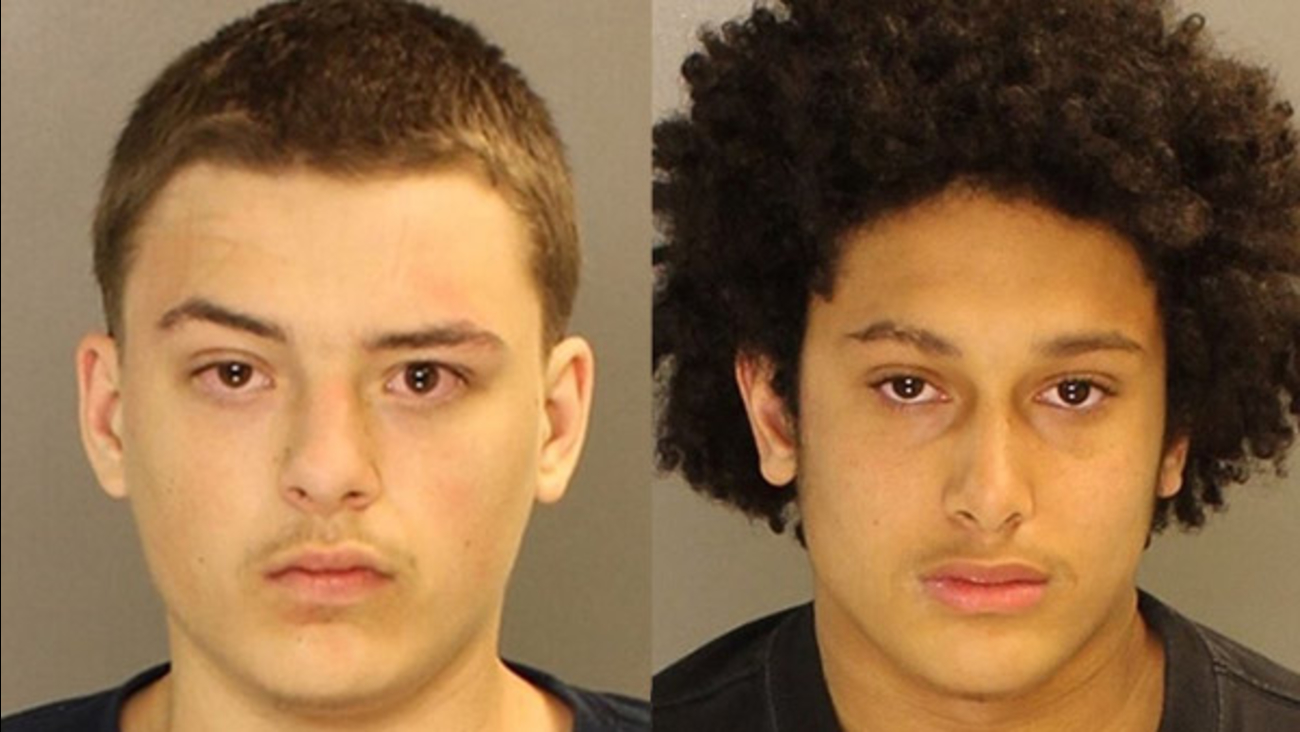 LANCASTER, Pa. -- Two teenagers have been charged in the stabbing deaths of two disabled men, one of whom was stabbed with a large sword, authorities said.

Lancaster officers found the bodies of Leroy Kinsey, who had a physical disability, and Richard Walton, who used a wheelchair, after responding to a Sunday morning burglary call at their home, police said.

The two assailants got into the home by forcing open a first-floor window and demanded money before repeatedly stabbing the victims, who were in their early 60s, police said. The assailants were found in the basement, where they had fled when they heard officers, and had bloody clothing and items belonging to the victims, police said.

Authorities allege in a criminal complaint that Proper told them the two broke in to try to steal money from the residents, found Kinsey in the living room and demanded money and then both of them stabbed him multiple times in the chest, shoulder and neck.

Going to the second floor, they encountered Walton in the front bedroom, and Proper told investigators that Cristo-Munoz then used "a large sword" to stab him in the torso and leg, authorities alleged in the affidavit.

When the assailants were found in the basement, Cristo-Munoz had blood all over his clothing and shoes and a knife in his pocket, and officers saw two other knives, authorities alleged in the criminal complaint. Proper had blood on the back of his leather coat and on his jeans, and he had Kinsey's wallet in his pocket, they alleged.

Another resident, a caretaker, had escaped and called 911 after hearing suspicious noises inside the home, police said.

"I don't know what happened," she said. "I'm stressed and sad. I keep crying. The pain is hard."

Court documents don't list attorneys for the defendants, and listed phone numbers for them couldn't be found Monday.