'A lot of us were on edge': 2 suspected carjackers captured in East Falls: Police

Officials say the suspects were captured by an undercover officer when they drove by in a stolen Toyota Camry.
WPVI
By Dann Cuellar and 6abc Digital Staff 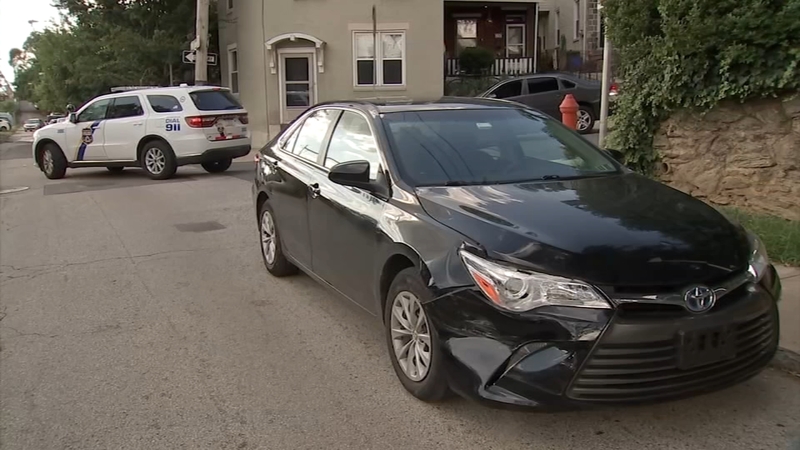 PHILADELPHIA (WPVI) -- Some Philadelphia residents are breathing a sigh of relief after two suspected carjackers have been arrested Friday after terrorizing various neighbors for weeks.

"It makes me feel much better because a lot of us were on edge," said Rita Tarsiewicz of East Falls.

Action News was there exclusively as Philadelphia police in the 39th district captured the two suspected carjackers.

Officials say the suspects were captured by an undercover officer when they drove by in a stolen Toyota Camry on the 3300 block of Cresson Street.

A car that had been carjacked a couple of days earlier.

"I was happy to see the police were here and took care of it, captured two of them," said Ellen Bateman of East Falls.

Police found them in possession of keys they believe belong to other cars that were also carjacked.

One of the incidents happened Thursday on the 3400 block of Indian Queen Lane as a man was entering his car at 5:30 p.m.

"One got in the back seat, and one got in the front, and he just got out of the car with no argument, and they took his car," said Tarsiewicz.

Residents say there is some relief and hope that those arrested are not let out of jail anytime soon.

"Hopefully, it'll bring an end to this, at least for a while anyway," said Bateman.