NORTH PHILADELPHIA (WPVI) -- Students at Temple University staged a 'die-in' protest Thursday in the wake of grand jury decisions to not indict two white police officers in the death of two black men.

The protesters arrived at 12:25 p.m. at Temple's Liacouras Walk where they dropped to the ground.

The group stayed in that position for 4.5 minutes to represent the 4.5 hours Michael Brown's body remained on the street. 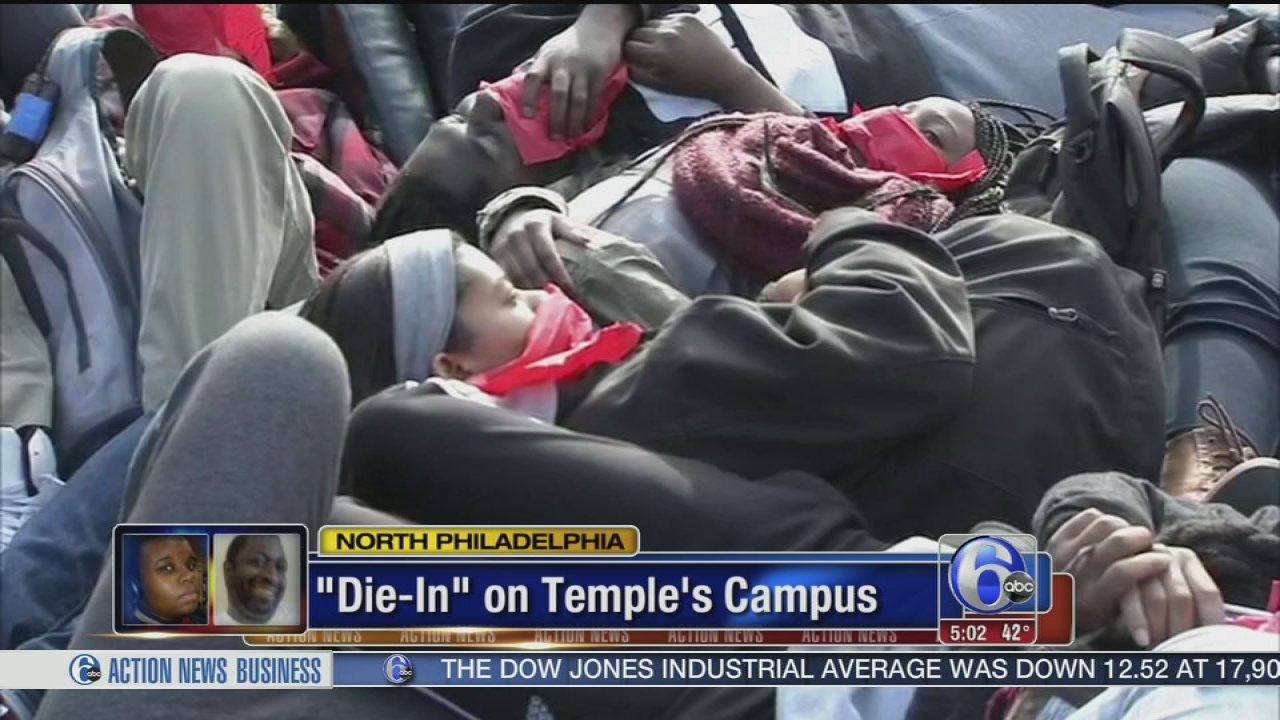 "I feel like this is really unjust and we need to do something about it as a whole community, not just a black community, but with Temple, too," protester Kathryn Summers said.

They then marched marched to two different busy locations on campus for two more 'die-in' demonstrations.

"We wanted to have a lot of people see it. The presence is the point, it's the display of the unrest and the dissatisfaction of the decision," Larmond said. "I want my point to come across in a way that doesn't give anyone any reason to criticize me."

It was a peaceful display, a chance for the students to rally for something to change.

On Wednesday, protesters in Center City held a 'die-in' at 30th Street Station before walking to City Hall prior to the annual tree lighting ceremony.

Numerous colleges and universities around the country are holding similar protests including Princeton University, Penn State University, and University of Delaware.

On Wednesday, a New York grand jury decided not to bring charges against Officer Daniel Pantaleo in the chokehold death of Eric Garner.