WPVI
By The Associated Press 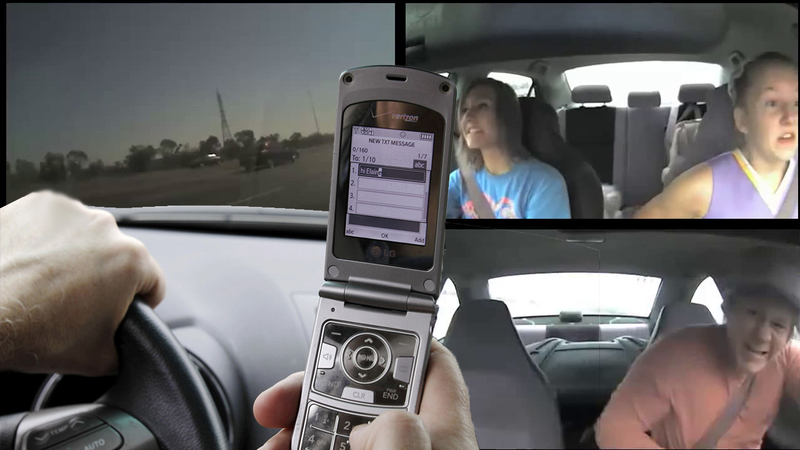 Distractions -- especially talking with passengers and using cellphones -- play a far greater role in car crashes involving teen drivers than has been previously understood, according to compelling new evidence cited by safety researchers. 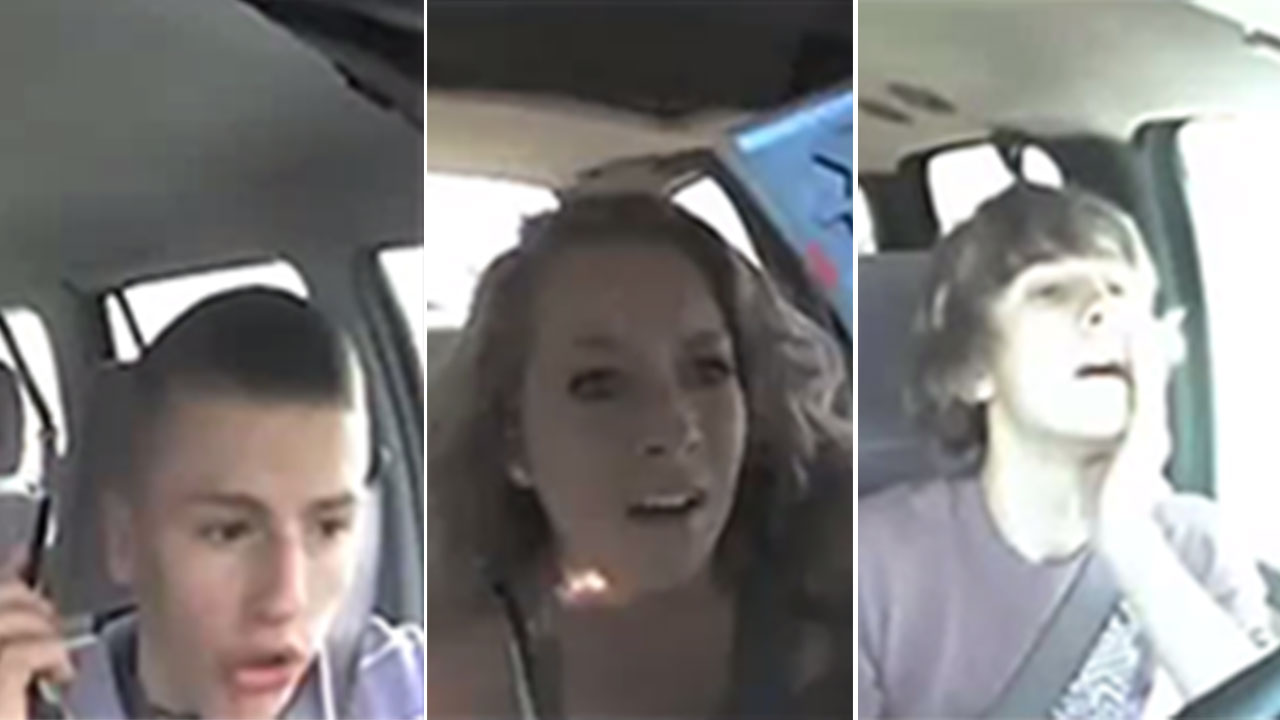 Dashcam captures teens swerving off road while texting in powerful PSA
This video shows what happened to teens who drove with distractions. A new study says it's a bigger problem than we thought.

The AAA Foundation for Traffic Safety analyzed nearly 1,700 videos that capture the actions of teen drivers in the moments before a crash. It found that distractions were a factor in nearly 6 of 10 moderate to severe crashes. That's four times the rate in many previous official estimates that were based on police reports.

The study is unusual because researchers rarely have access to crash videos that clearly show what drivers were doing in the seconds before impact as well as what was happening on the road. AAA was able to examine more than 6,842 videos from cameras mounted in vehicles, showing both the driver and the simultaneous view out the windshield.

The foundation got the videos from Lytx Inc., which offers programs that use video to coach drivers in improving their behavior and reducing collisions. Crashes or hard-braking events were captured in 1,691 of the videos.

They show driver distraction was a factor in 58 percent of crashes, especially accidents in which vehicles ran off the road or had rear-end collisions. The most common forms of distraction were talking or otherwise engaging with passengers and using a cellphone, including talking, texting and reviewing messages. 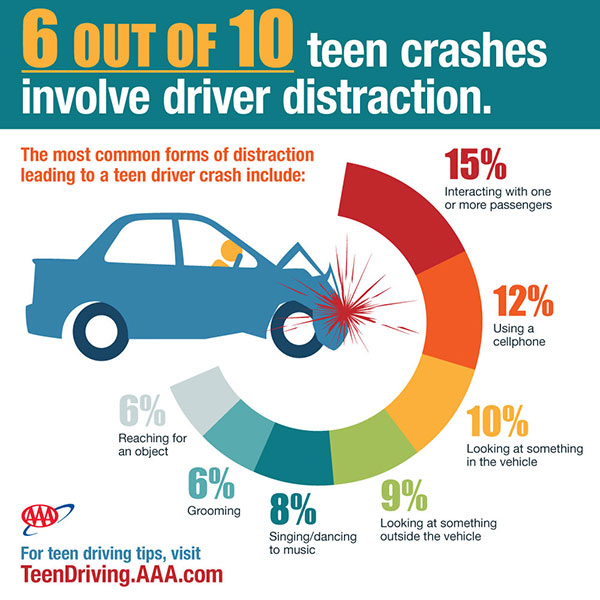 In one video released by AAA, a teenage boy is seen trying to navigate a turn on a rain-slicked road with one hand on the wheel and a cellphone held to his ear in the other hand. The car crosses a lane of traffic and runs off the road, stopping just short of railroad tracks that run parallel to the road.

In another video, a driver on a lonely two-lane road at night is shown looking down at an electronic device, apparently texting. While his eyes are off the road, the car crosses the opposite lane, leaves the road and appears about to strike a mailbox.

One teen driver is captured braking hard at the last moment to avoid slamming into the back of an SUV stopped or slowed in traffic ahead. Just a moment before, the girl had turned her attention to another girl in the front passenger seat in an animated conversation. The camera shows the shock on the girls' faces as they suddenly realize a crash is imminent.

The National Highway Traffic Safety Administration has previously estimated that distraction of all kinds is a factor in only 14 percent of all teen driver crashes.

The videos provide "indisputable evidence that teen drivers are distracted in a much greater percentage of crashes than we previously realized," said Peter Kissinger, the foundation's president and CEO.

Past research has shown that teens with multiple passengers in the car are more likely to have accidents. The opposite is the case for adults - for older drivers, having a passenger with an extra set of eyes on the road can make driving safer.

Teen drivers using cellphones had their eyes off the road for an average of 4.1 seconds out of the final 6 seconds leading up to a crash, the AAA study found. Researchers also measured reaction times in rear-end crashes and found that teen drivers using cellphones failed to react more than half of the time before the impact, meaning they crashed without braking or steering away.

AAA and other traffic safety groups who previewed the findings said the study shows states should review their licensing requirements to restrict the number of passengers in cars driven by teens and change their laws to prohibit cellphone use by teen drivers.

"The findings of the AAA Report confirm what safety groups have suspected for a long time - distraction is more severe and more common in teen driver crashes than previously found in government data," said Jackie Gillan, president of Advocates for Highway and Auto Safety.

AAA said it also recommends that parents teach teens about the dangers of cellphone use and restrict passengers during the learning-to-drive process.

Teen drivers have the highest crash rate of any age group. About 963,000 drivers age 16 to 19 were involved in police-reported crashes in the U.S. in 2013, the most recent year for available data. These crashes resulted in 383,000 injuries and 2,865 deaths.