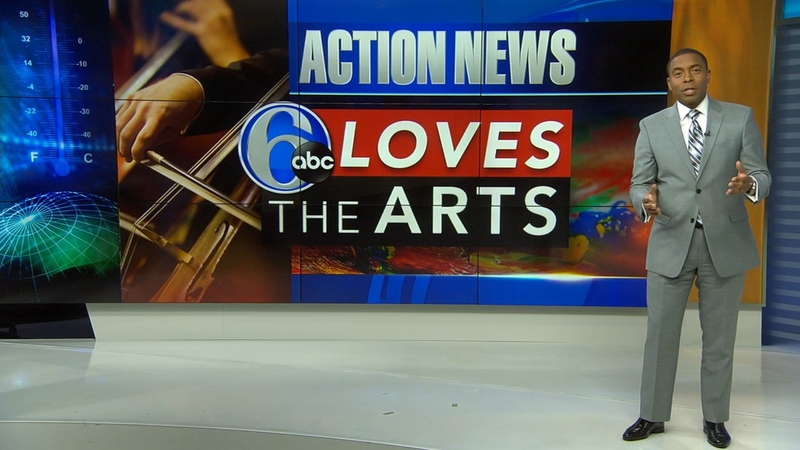 After going completely digital last year, the annual four-weeklong city-wide celebration known as FringeFest is back, and just in time for its 25th anniversary.

The Fringe Festival is a contemporary arts extravaganza, with more than a thousand cutting-edge performances all over the city.

"We've never had this many artists submit works," says Nick Stuccio, President of Fringe Arts and the Producing Director of the festival.

Key among them is "Sun and Sea," an opera by an all-women Slovenian creative team.

"We're building a beach 30-tons of sand in a warehouse, the audience will watch it from above," exclaims Stuccio.

"This year will be the 20th anniversary of 9-11," explains Dan Rothenberg the Co-Artistic Director of Pig Iron Theatre Company.

The theater and dance collaboration, set on 20-feet of fire escape stairs, harkens one of the day's most haunting images.

"Just putting myself in the position of people going down all those stairs," Dan reflects.

And it draws parallels to the pandemic.

Dan continues, "The hope is that there's a space for contemplation, for compassion."

"I found a lot of inspiration in jazz and John Coltrane, Alice Coltrane," discloses Kyle.

It's followed by a live dance called Rise.

"Which is thinking about the shout tradition of the Black Church," elucidates Kyle.

Bobbi Block the Producing Artistic Director for Tongue and Groove Spontaneous Theater shares, "I have produced or performed something for the Fringe for all 25 years."

And this year, the local theater artist is drumming up something special.

Bobbi bares, "Performing as a percussionist with the samba band, Unidos da Filadelfia."

And she's looking forward to celebrating a quarter-century of Fringe.

"It brings us all together for this rush of fun and excitement and adventure," ratifies Bobbi.

"And we love it," Nick confirms.