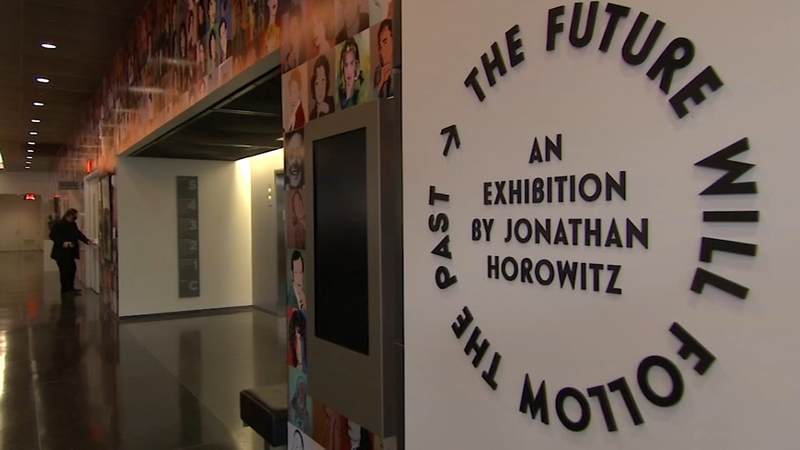 PHILADELPHIA (WPVI) -- The Weitzman National Museum of American Jewish History has reopened with brand new exhibitions and installations, and a mission of using art to raise questions about important social issues.

The Weitzman grounds are filled with art, color and culture.

"You will see up in our atrium, a series of fists," says Josh Perelman, Chief Curator at The Weitzman National Museum of American Jewish History.

The work is called Power.

"Referencing the moment when Apple diversified the colors of emojis," says Perelman.

It's part of a new exhibition by contemporary artist Jonathan Horowitz called The Future Will Follow the Past.

"Someone who maneuvers through POP Art, through issues of social justice," says Perelman.

"Appropriating the idea of America, as a home to people of all faiths and backgrounds," says Perelman.

The re-opening is designed to narrate the history of the past two years of the pandemic.

"We are excited to be starting a new chapter," says Emily August, Chief Public Engagement Officer at the Weitzman.

And to celebrate Jewish American Heritage Month in May.

"Our museum is honored to lead the national effort, we organize programs," says August.

"It's Philadelphian. It's a greeting, it means 'I' in Spanish. It's Yiddish, 'Boy, my back hurts' like, 'Oy, the pandemic'," says August.

The works in the museum tackle issues like antisemitism, racial violence, homophobia, women's rights and COVID.

"It is an American History Museum through the lens of Jewish experience," says August.
--
Weitzman National Museum of American Jewish History | Facebook | Instagram