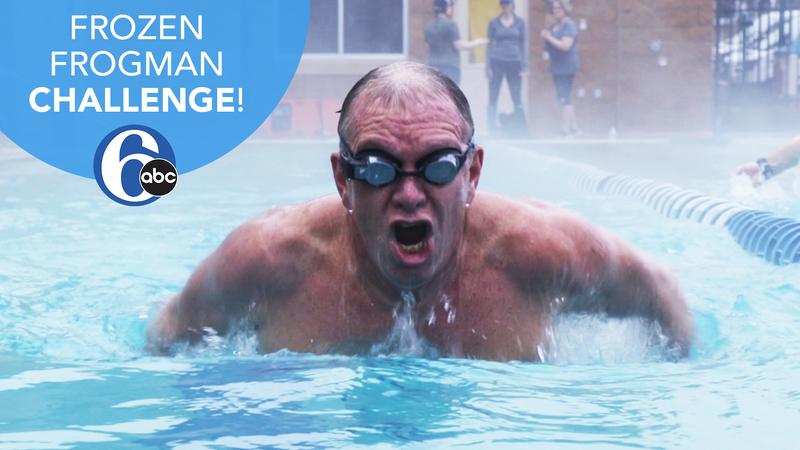 HOCKESSIN, Del. -- While most outdoor pools are drained or covered for the winter, this one set the scene with steam for the "Frozen Frogman" challenge.

Each rigorous trial was named after a fallen Navy SEAL, encouraging participants to keep pushing in their honor. The one-mile swim was named after Navy EOD1 Sean Carson. The roughly three-mile swim route was dedicated to Navy EOD Lieutenant Chris Mosko. Finally, the swim and physical fitness test recognized Navy SEAL Lieutenant Brendan Looney. All three men were killed in Afghanistan in the early 2010s.

Looney's best friend was Travis Manion, the namesake of the foundation that focuses on developing character for veterans and Gold Star families. Before his final deployment, he shared the now-famous phrase, "If not me, then who?"

The Frozen Frogman challenge remembers their sacrifices every year. In five years, they raised about $100,000.

It was inspired by the similarly-named events that take place around the country to benefit Navy SEALS. Organizers joked that, without a warm Florida bay in sight, their Delaware iteration should be called "Frozen!"

Joining the challenge this year were U.S. Naval Sea Cadets, who expressed their interest in serving the country.

This veteran is traveling the entire country to raise awareness about PTSD and suicide in the veteran community. Community Journalist Matteo reports.