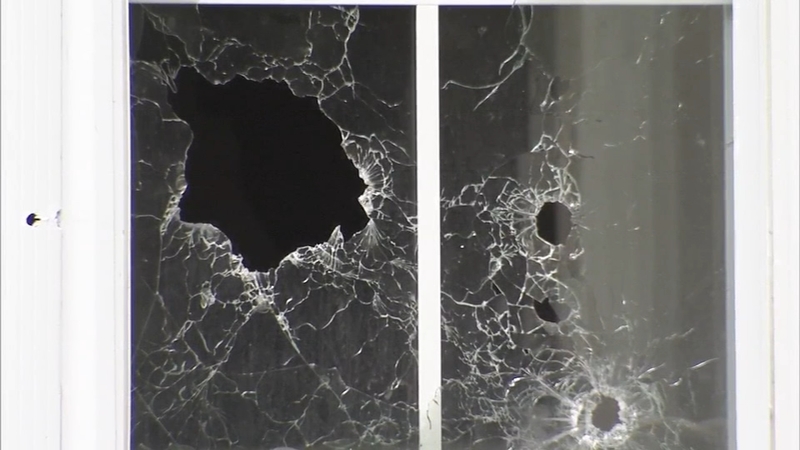 The home had been commandeered by police during Wednesday night's chaotic shootout.

The rear kitchen and Tupperware were riddled with bullets.

"This is a dutch oven. You can see how old it is, and it's got bullet holes on both sides," she said holding the piece of kitchen equipment. "I'm not sure if the officer was here and fire was just coming in. I'm not sure if they would need to utilize this as a shield."

The home is now considered a crime scene, as one of the six injured officers was shot in her kitchen.

Thomas, a city employee, was in Amsterdam at the time suspected gunman Maurice Hill began trading more than 200 rounds with police.

Her backyard was less than 30 feet from the shooter.

"I just want to know what are the next steps? What do you expect citizens to do when you utilize citizens' homes for police work?" asked Thomas.

Detectives were back on the scene for a second day looking for forensic evidence and surveillance video as residents remain rattled by the violence.

The six officers, who have been identified by the department, were all discharged from the hospital and recovering at home.

Still, residents on the block consider themselves collateral damage.

"To think that someone has that kind of firepower. I know they had to do what they had to do, I wish they would just tell you what to do next," Thomas said.

Philadelphia police suggest anyone who had damage to their property should make a police report and then contact the city's solicitor office who they said will pay for the damages.
Report a correction or typo
Related topics:
philadelphia newspolice officer shotphiladelphiaphiladelphia police
Copyright © 2021 WPVI-TV. All Rights Reserved.
More Videos
From CNN Newsource affiliates
TOP STORIES