It all began around 8 a.m. when a staffer in a busy hallway saw what appeared to be a real gun fall out of a student's backpack.

That student scooped it up, but a lockdown was quickly called.

Police responded and eventually the item was found. It turned out to be a realistic toy gun in the possession of a 16-year-old. 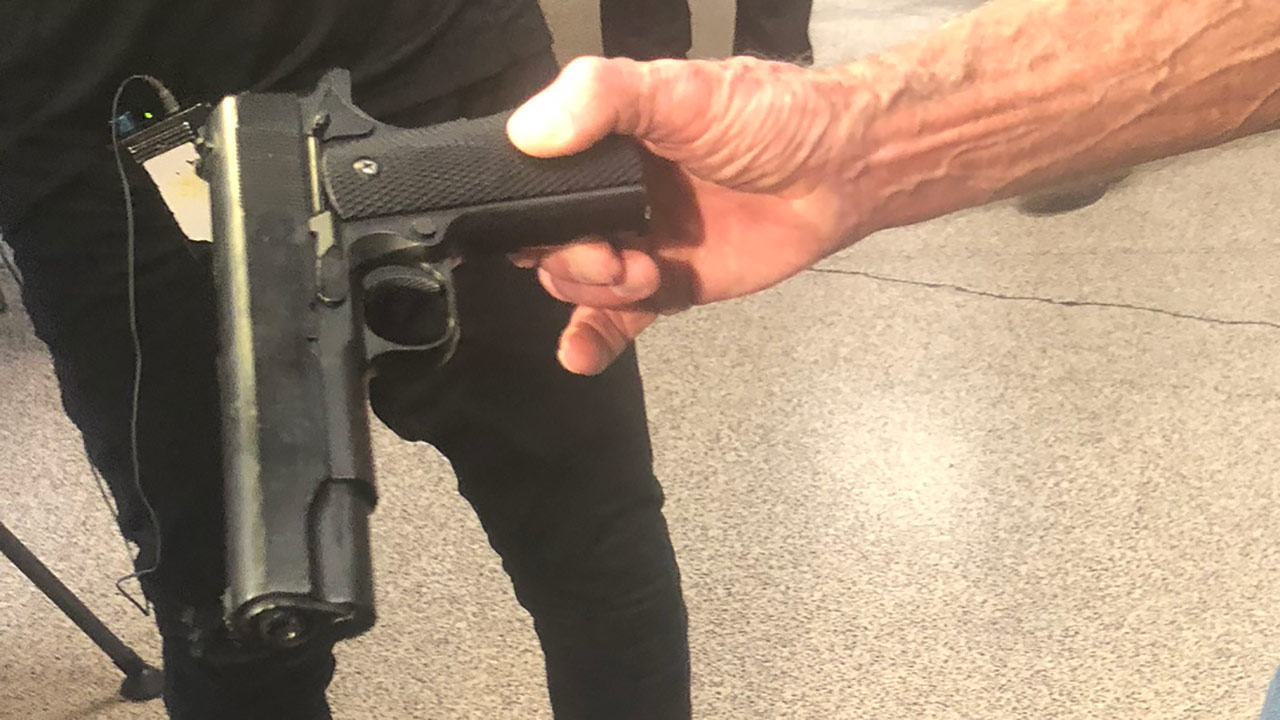 Pictured: A toy gun that prompted a lockdown of Upper Darby High School on November 1, 2018.

"Through the school's camera we were able to pick out the guy. We went up and took him out of the classroom, and in his crotch was this gun," said police Supt. Michael Chitwood.

It had been a stomach-dropping morning for many family members as they waited outside the school and, in many cases, received conflicting texts and rumors from students inside.

Police haven't been able to talk to the student to find out why he had the toy gun. Due to his age, police say his parents will need to be with him before he is questioned.

The Upper Darby Police Department said during the lockdown, they received 14 calls that they could not respond to.

"Five of them were priority calls handled by outside jurisdictions. Before you do anything irresponsible at one of our schools, remember that you are putting others in need at risk," police said on Twitter.

View from Chopper 6 over Upper Darby High School after the school was placed on lockdown on November 1, 2018.

In his statement, Acting Superintendent Dr. Daniel P. McGarry said he understands how unnerving this type of situation is for the community.

"I am sorry for the anxiety caused by this morning's situation and appreciate your support as we always keep our children's safety as our top priority," McGarry said.