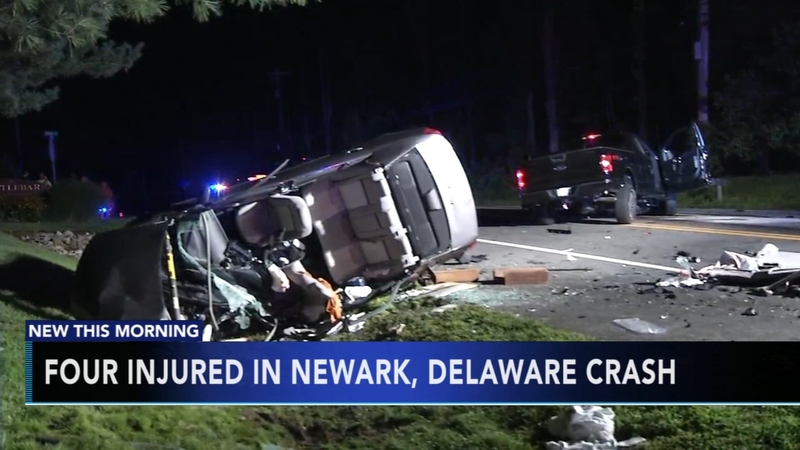 The incident occurred around 10:30 p.m. on Salem Church Road, near Deasy Drive.

The 39-year-old driver of a Ford F-150 attempted to pass a vehicle that was directly in front of him in the southbound lane of Salem Church Road. The Ford crossed over the center lines in a no passing zone into oncoming traffic, and hit a Toyota Camry head-on.

Due to the impact of the crash, the Toyota ended up in a ditch and overturned on the driver's side, trapping two of the three people inside.

The driver of the Toyota, a 31-year-old man, was transported to Christiana Hospital in serious condition.

His two passengers, his 57-year-old father and 52-year-old mother were seated unrestrained in the back seat.

They were both transported to the hospital, where the 57-year-old man was pronounced dead, and the 52-year-old is listed in critical condition.

The driver of the Ford was transported with non-life threatening injuries.

In addition to disregarding lane markings, it is suspected that alcohol may have been a contributing factor.