Separate truck crashes cause headaches on some busy Philadelphia roads 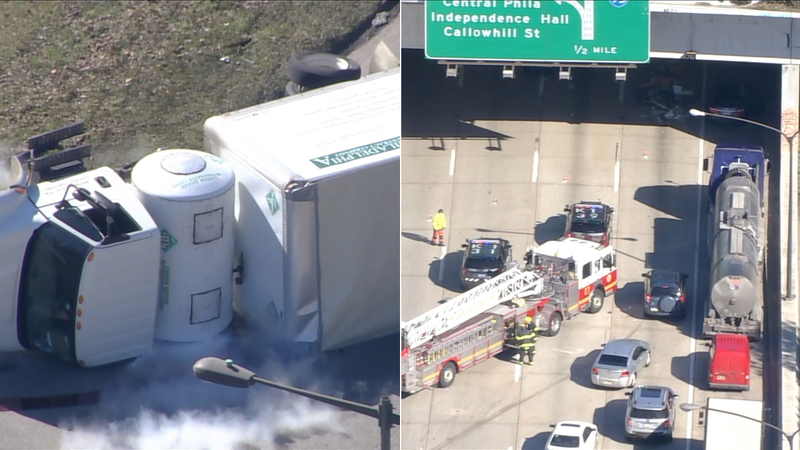 Several lanes of the Roosevelt Boulevard were shut down following an accident involving a truck leaking fumes.

The truck overturned in the northbound lanes, near Horning Road, before 11 a.m.

Police initially closed all lanes of the Boulevard due to the truck leaking carbon dioxide.

An overturned tractor-trailer leaking carbon dioxide shut down both directions of a portion of the Roosevelt Boulevard in Northeast Philadelphia.

Earlier, an overturned tractor-trailer led to some traffic headaches on the Schuylkill Expressway.

Chopper 6 was over the scene in the westbound lanes around 8 am.

A crash closed the northbound lanes of I-95 in Center City just prior to I-676.

The crash blocked two lanes near the Girard Street Bridge in Fairmount Park.

A crane had to be called in to right the truck.

Meanwhile, a crash involving a FedEx truck closed some northbound lanes of I-95 in Center City just prior to I-676.

The tractor-trailer overturned around 10 a.m. resulting in packages being spilled all over the highway.
Report a correction or typo
Related topics:
trafficphiladelphiai 95tractor trailertrafficaccidentcrashroosevelt boulevard
Copyright © 2021 WPVI-TV. All Rights Reserved.
TRAFFIC Planning a road trip? You may want to get your car checked 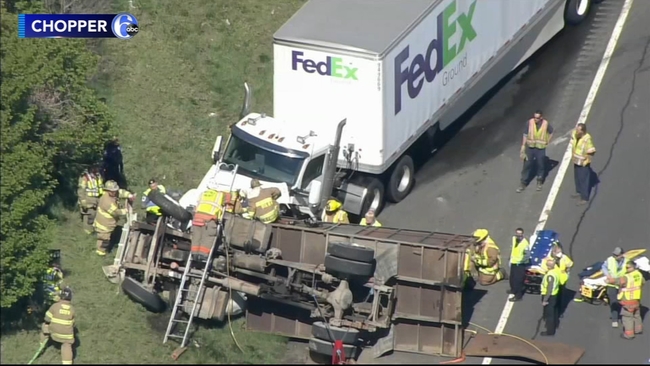 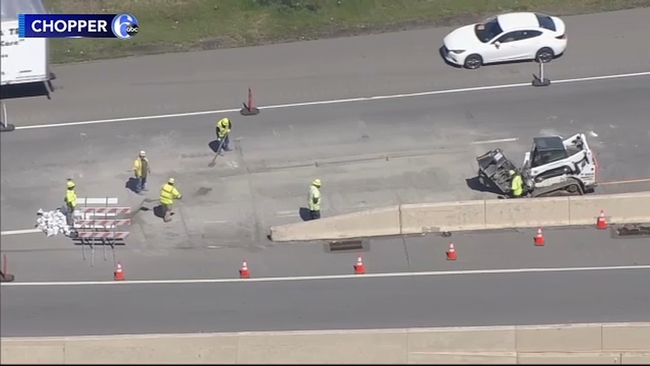