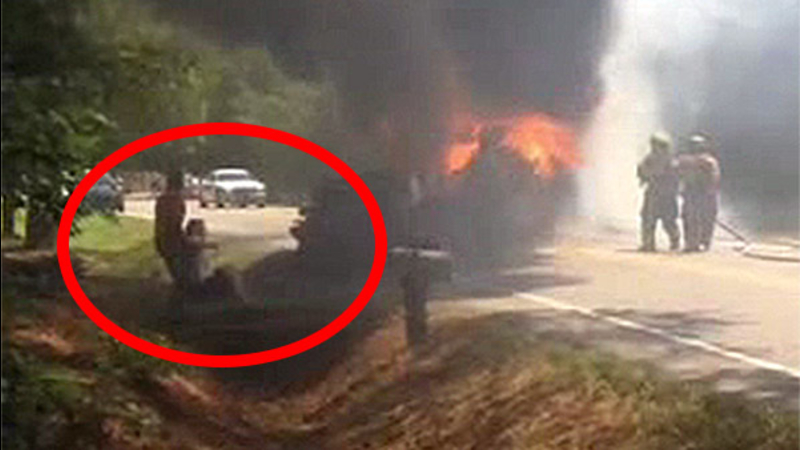 CHATHAM CO., N.C. (WPVI) -- An off-duty Army captain wearing a Captain America t-shirt sprang into action when he realized people at the scene of a burning car needed help.

It happened Sunday in North Carolina after a driver crossed the center line and caused a serious head-on collision, police said.

Mark Ricketts, 59, was driving a car that crossed the line. William and Kathleen Thompson, both in their sixties, were in the other car.

Volgezo said he used fire extinguishers supplied by nearby residents.

"I grabbed one of the fire extinguishers. I smashed out the back window and the driver-side window," he said. "From there, I grabbed Mr. Thompson. I took him to a safe distance."

That's when someone else could be heard screaming, "There's somebody still in the car!"

So Volgezo went back and pulled Mrs. Thompson from the car, too.

"I was just at the right place at the right time," he said. "We all bonded together to help save people's lives."

All three victims are recovering in the hospital.