Police ID woman struck and killed by 2 vehicles in Bensalem 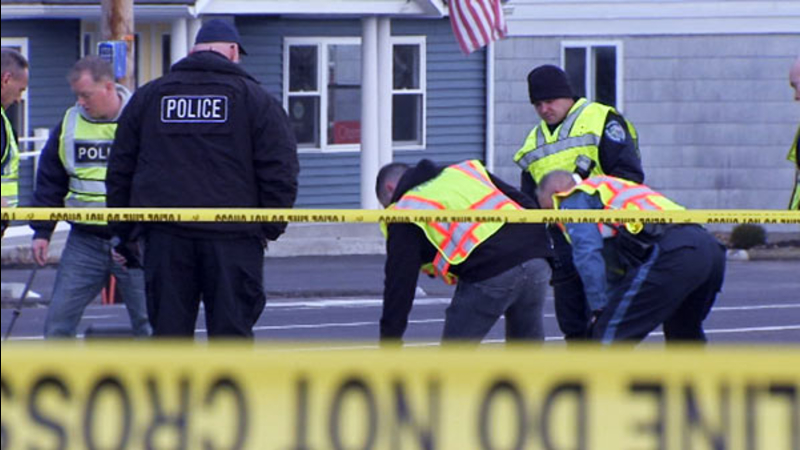 BENSALEM, Pa. (WPVI) -- One woman is dead after she was hit twice while crossing the street Tuesday in Bensalem, Bucks County.

Two separate vehicles hit 28-year-old Christina Massie around 5:45 a.m. on Street Road near Knights Road, and one of the drivers might not have even seen the victim.

Police sectioned off the scene with crime scene tape in the midst of rush hour traffic.

Authorities say Massie was walking northbound on Knights Road, and was crossing Street Road against the light when she was struck by oncoming traffic.

Police believe a silver car with front windshield damage is the first striking vehicle. The driver of that car stopped.

Then a second vehicle hit the woman and kept going. But police don't know if that second driver knew they hit a person.

Witnesses at the scene managed to get the license plate of the second vehicle, which helped investigators track that driver down in another state.

Both drivers are said to be cooperating.

This is a dangerous intersection and police want to remind everyone to obey the lights.