It happened before 9 a.m. Wednesday at the New Garden Airport on Newark Road in New Garden Township. 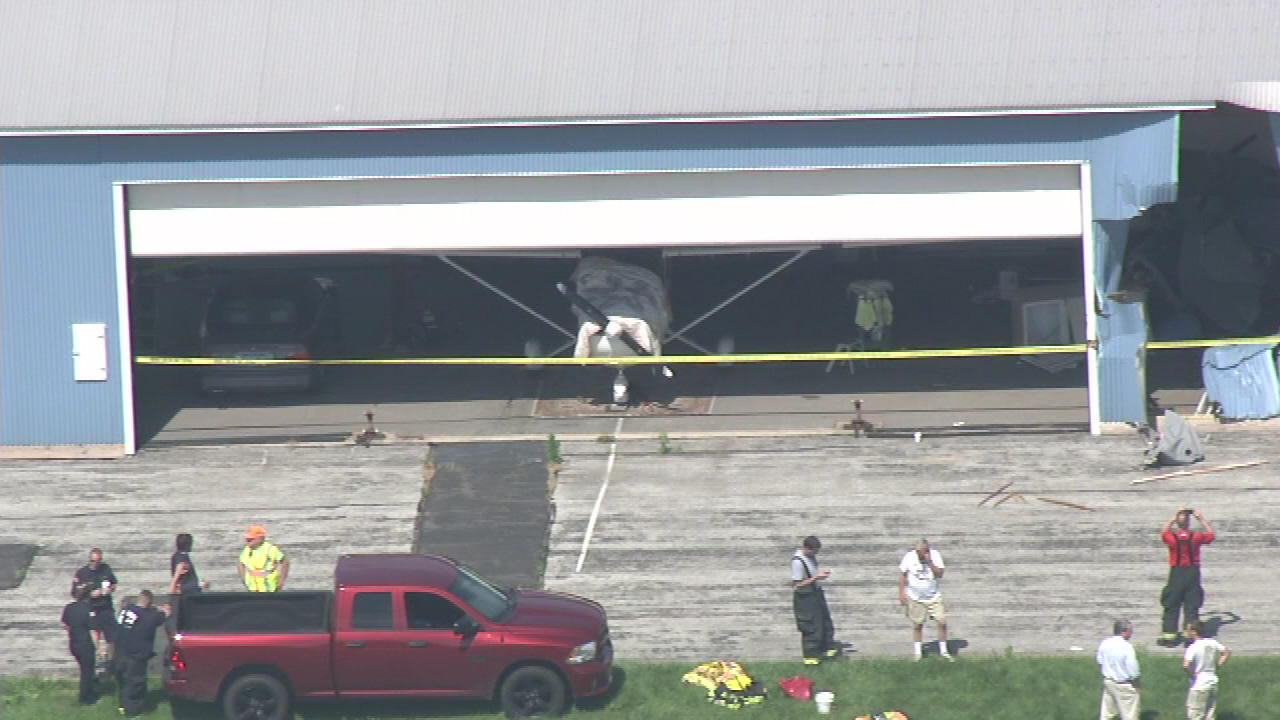 New Garden Police tell Action News a couple was trying to take off in a 1940s-era Aeronca Champ, two-seat aircraft when the plane lost power and struck a hangar.

Police say the plane went into the hangar, passing between two other parked planes before coming to rest inside the structure.

Neither of the other planes were damaged, and no one inside the hangar was hurt.

Video from Chopper 6 HD showed a plane behind yellow caution tape inside the hangar.

Video from Chopper 6 HD showed a large, gaping hole in one side of the hangar.

The pilot and a passenger were taken to Christiana Hospital to be evaluated for injuries described as minor.