The victim was a student at Grace Dunn Middle School, where grief counselors were on hand Friday.
WPVI
By Trish Hartman 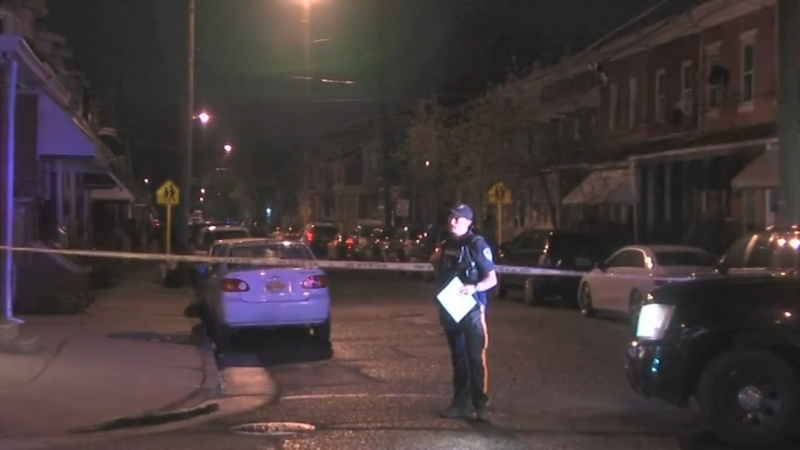 Police were called to the 100 block of Liberty Street around 9 p.m.

When they arrived, police found a 16-year-old boy shot in the face.

He was pronounced dead at the scene and a weapon was found, according to the Mercer County Prosecutor's Office.

Authorities say other teenagers were present in the home, and investigators are now looking into what happened.

Neighbors were shocked to learn about the teen shot and killed in a home on their block.

"I was sleeping and I woke up and I heard the sirens and the sirens were there. I didn't think nothing of it," said neighbor Robbie Ayala.

"I feel really sad," said Edward Karauah. "Because I have teenagers too of mine. And seeing another young man lose his life is so sad."

A spokesperson for the city said the teen was a student at Grace Dunn Middle School, where grief counselors were on hand Friday.

Many in Trenton are still processing the homicide of SeQuoya Bacon-Jones, 9, who was shot and killed one week earlier near her home.

"This girl got killed over there and now this boy over here, who knows what happened. All these kids are dying, so young," said Zalactie Cartagena, who lives on Liberty Street.

Just two days ago police announced an arrest in that case, and pleaded for the public's help going forward.

"People in this community - call. Call before these tragedies happen," said Trenton Police Director Steve Wilson on Wednesday during a news conference. "We can't do everything by ourselves but we can get it done together."

The boy's name has not been released and so far no charges have been filed.