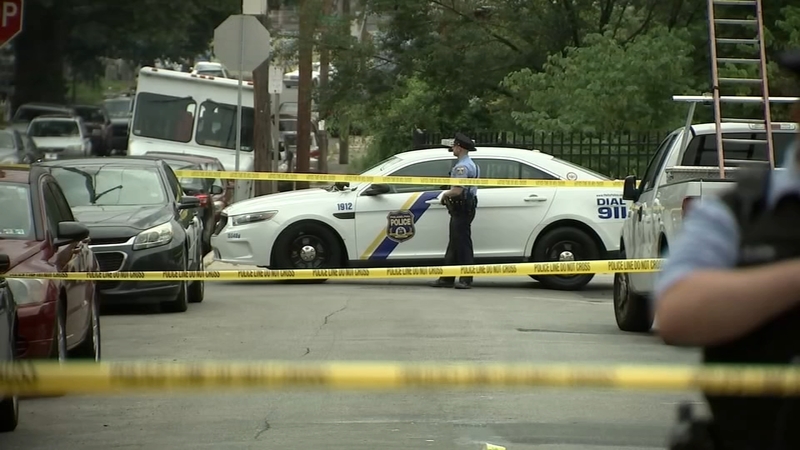 Police were called to the scene for shots fired in the area and found a child and two adults suffering from gunshot wounds. Police rushed all three victims to the hospital.

A 23-year-old man was shot multiple times across the body and died from his injuries, police said.

The second victim, who also was a 23-year-old man, was shot multiple times across the body and died from his injuries.

The child, a 3-year-old boy, was shot multiple times in the leg. He is currently listed in stable condition, officials say.

"I think neighborhoods are becoming somewhat numb. I talked to a number of the neighbors, I know that they're devastated," said Ben Naish, deputy commissioner of the Philadelphia Police Department. "Some of the individuals know at least one of the males, and they've talked about how he's a good person."

"As many of us began the day celebrating Juneteenth for the first time as a Federally recognized holiday, we again found ourselves lamenting as an otherwise beautiful afternoon had been sullied with gun violence.

In 3 separate shootings, there have been a total of 5 victims - 2 of whom have been killed, with the other 3 victims in stable condition. One of these gunshot victims is a 3-year-old child.

Every act of gun violence is tragic. However, it is especially disturbing and sickening when the victims are among our most vulnerable. We should never tolerate violence against our children, as all of us - not just the police - are charged with the responsibility to keep them safe from danger and harm.

While holiday celebrations will continue throughout the city, our investigators will work tirelessly to bring justice to all of those affected by the scourge of gun violence."