WPVI
RADNOR TWP., Pa. (WPVI) -- For the fourth time in as many months, crews are working to remove a truck that slammed into a railroad overpass in Radnor Twp., Pa.

It happened before 8:30 a.m. Wednesday on King of Prussia Road near the Radnor train station.

An image from Twitter user Greg Quinn showed a "Two Men and a Truck" box truck with significant roof damage lying on its side under the overpass.

Video from Chopper 6 showed heavy-duty tow trucks on the scene working to remove the overturned vehicle.

Watch video from Chopper 6 as crews work to remove a truck that hit a railroad overpass in Radnor on February 28, 2018.

Action News is told no one was seriously injured in the crash. King of Prussia Road was blocked in both directions as the removal work continued.

This is the fourth time in as many months the same overpass has been struck by trucks which exceed the posted clearance limits. 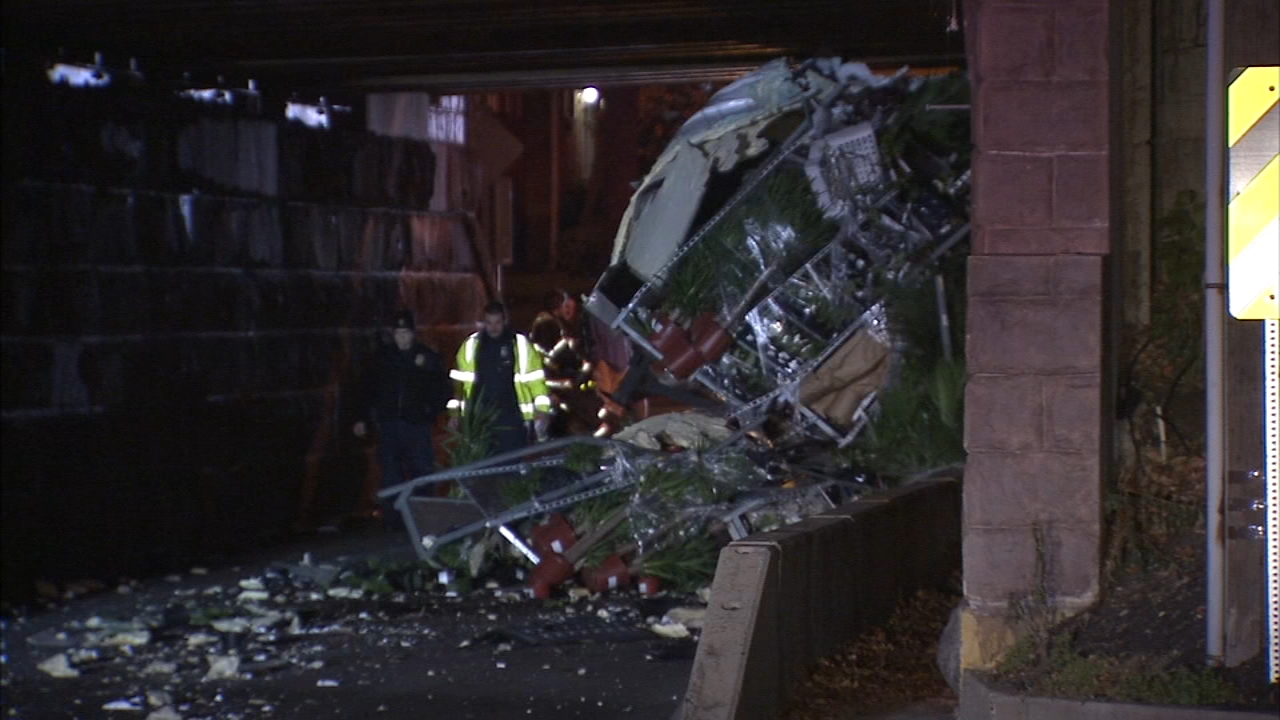 Radnor Twp. roadway reopens after tractor trailer crash
A tractor trailer struck an overpass in Radnor Township near a SEPTA train station resulting in the shut down of a major roadway during the morning rush. 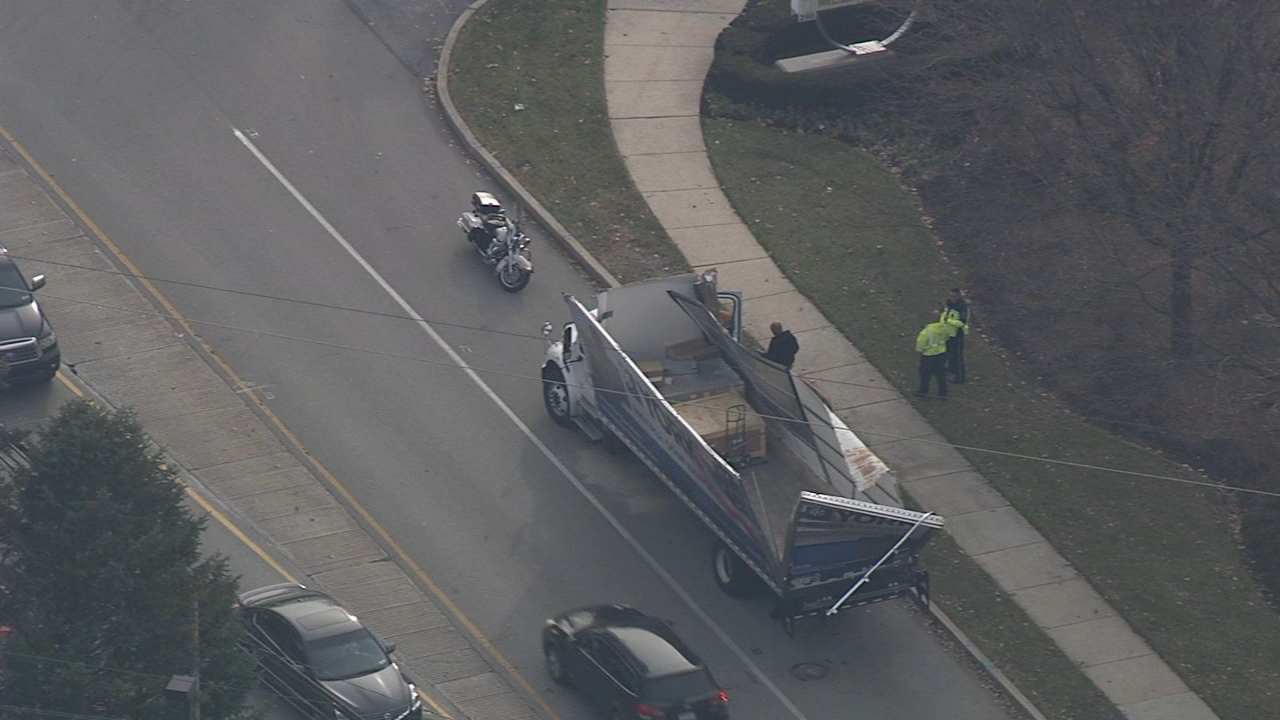 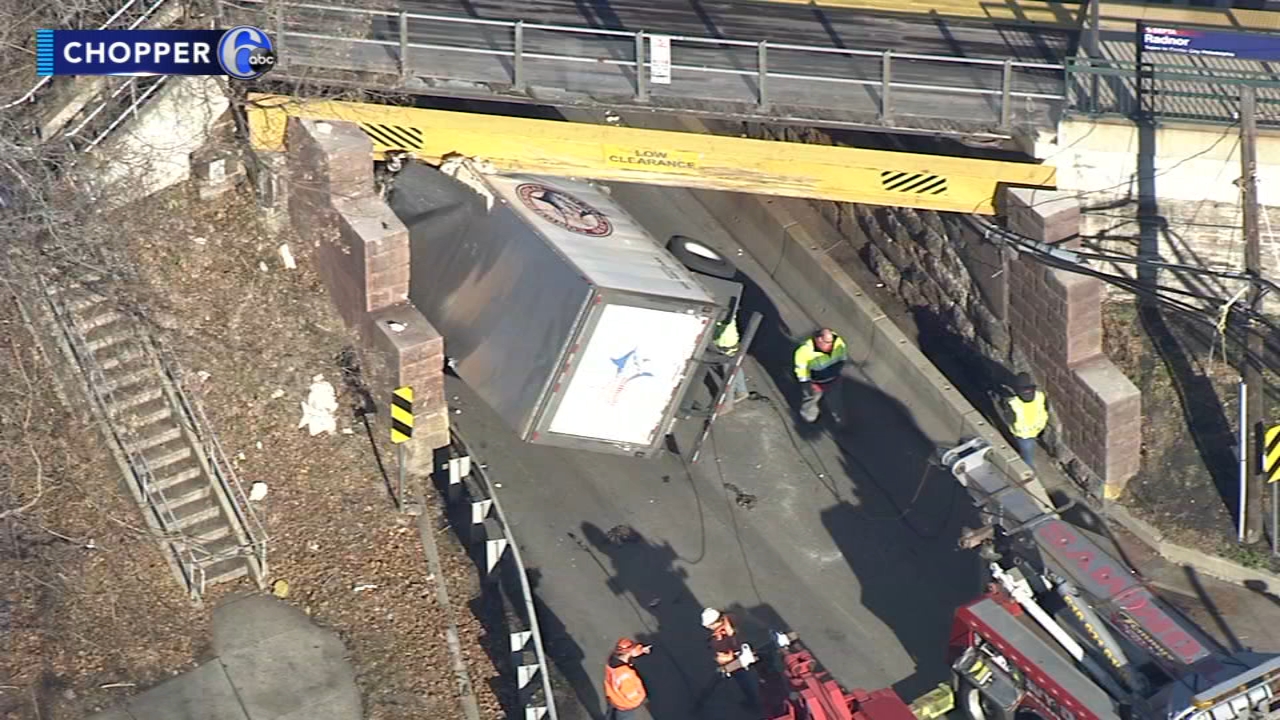 Truck stuck removed after hitting rail overpass in Wayne
A truck has struck an overpass near a SEPTA train station in Wayne, Delaware County. 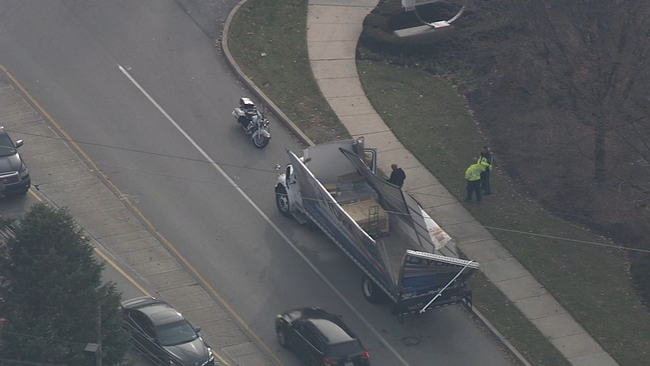 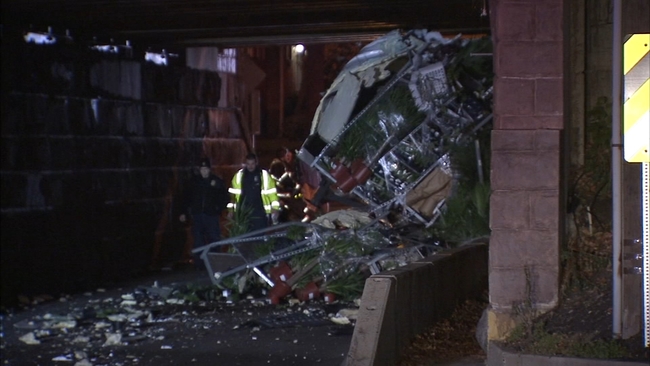