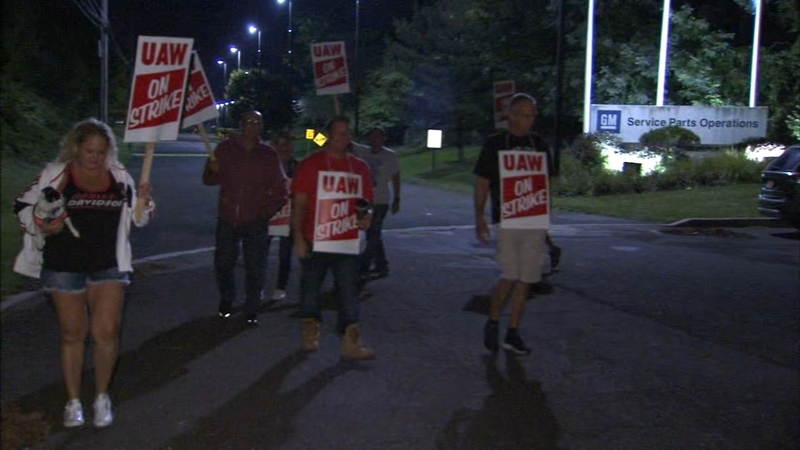 LANGHORNE, Pennsylvania (WPVI) -- The United Auto Workers union went out on strike against General Motors Sunday night, the first work stoppage in the US auto industry in 12 years.

At the stroke of midnight, members of UAW union shut off their machines and walked out in protest. Nearly a dozen of them are picketing outside of the GM parts distribution center on the 200 block of Cabot Boulevard in Langhorne.

They're just a fraction of the nearly 50,000 members of the union joining the picket lines after contract talks deteriorated.

At this hour, 33 manufacturing plants across the country are closed. This facility is one of the additional 22 parts distribution centers also shutdown. It has just over 100 employees.

The union says its members stuck by the company during its hard times and accepted stagnant wages, now they want their share of the profits. GM, meanwhile, says it has made a strong offer that includes higher pay and improved benefits.