Police say the bullet struck the driver under the armpit, where it then went through his chest.
WPVI
By 6abc Digital Staff 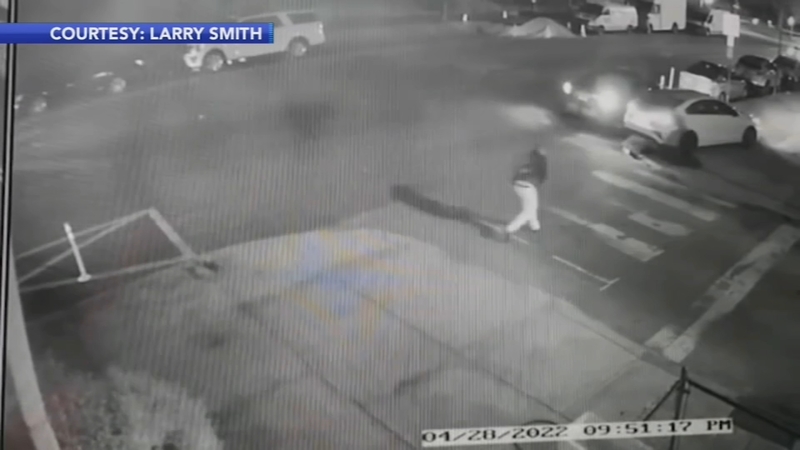 PHILADELPHIA (WPVI) -- An Uber driver was shot by a rider while on the job in Philadelphia's Cobbs Creek section, police say.

According to police, the driver had picked up two riders, a male and female, from an unknown location. It is unclear at this time if the two passengers knew each other.

The female got out of the vehicle at one location, but the male remained in the Uber.

"As they get to this location, we're not quite sure what happened inside the car, but we can tell by looking at the car at this point, there is a gunshot through the driver side seat," Philadelphia Police Captain John Walker said.

Police say, at some point during the ride, the male suspect shot the driver in what they believe was an attempted carjacking.

Walker says the bullet struck the driver under the armpit, where it then went through his chest.

The driver got out of the vehicle which then crashed. The suspect fled the scene.

Officials say neighbors reported hearing a gunshot and saw the Uber rolling into a parked vehicle and then into a fence of a house.

Larry Smith, who lives nearby, says he and an Amazon driver jumped into action to help the victim.

They called police who gave them instructions on keeping the driver alive.

"We both were on the phone with the police," Smith continued. "They were like, 'put pressure, put your hands on the pressure, and we stayed there until the police came."

The victim was rushed by medics to Lankenau Medical Center in critical but stable condition.

The footage captured the suspect running from the scene and the injured Uber driver limping by.

Police say it was another example of a night of work turning violent for a ride-share driver in the city.

"We have a guy out here working tonight trying to make a living for his family, unfortunately, he's now in the hospital as a result of action taken by an individual that wasn't necessary," Walker said.

"Violence has no place on the Uber platform. Our hearts are with the driver as he recovers from this horrifying incident. We've removed the rider's access to the app, and stand ready to assist law enforcement with their investigation."

Police are continuing to search for surveillance video and ask anyone with information to give them a call.