A huge demonstration blocked traffic for more than an hour Wednesday in the heart of Center City.

CENTER CITY (WPVI) -- A huge demonstration blocked traffic for more than an hour Wednesday in the heart of Center City.

Protesters with the Taxi Workers Alliance and the Philadelphia Limo Association lined the streets of Center City. Dozens marched straight to the District Attorney's Office.

Their message - they want the city to shutdown Uber X and Lyft drivers who they say are operating illegally in the city.

One of those taxi drivers, Jamal Brown, tells us, "We can't advertise in our taxi to make a couple extra dollars. We can't do a lot of things in our taxis to increase our earnings because of the Parking Authority's regulation. Meanwhile, they're not regulating Uber and Uber X and Lyft."

Ali Razak from the Philadelphia Limo Association says, "There's 12,000 illegal drivers. There's numerous crimes happening every day. Everybody's aware of that, but everybody wants to point their finger and say 'oh I don't know anything about it.' Somebody needs to take responsibility."

The protesters say they feel ignored and overlooked by the city. They want to see the Philadelphia Parking Authority do more, but admit it would be difficult.

Ronald Blount is the president of the Taxi Workers Alliance of Philadelphia. He tells us, "The Philadelphia Parking Authority, they've done the best they can. They only have eight enforcement inspectors going against thousands of illegal Uber X in the city. So, they need help."

A spokesperson for Uber released the following statement on Wednesday:

Action News spoke with a representative from the Philadelphia Parking Authority who says the agency conducts regular stings to go after the illegal ride-sharing operations, and the agency says those stings will continue. 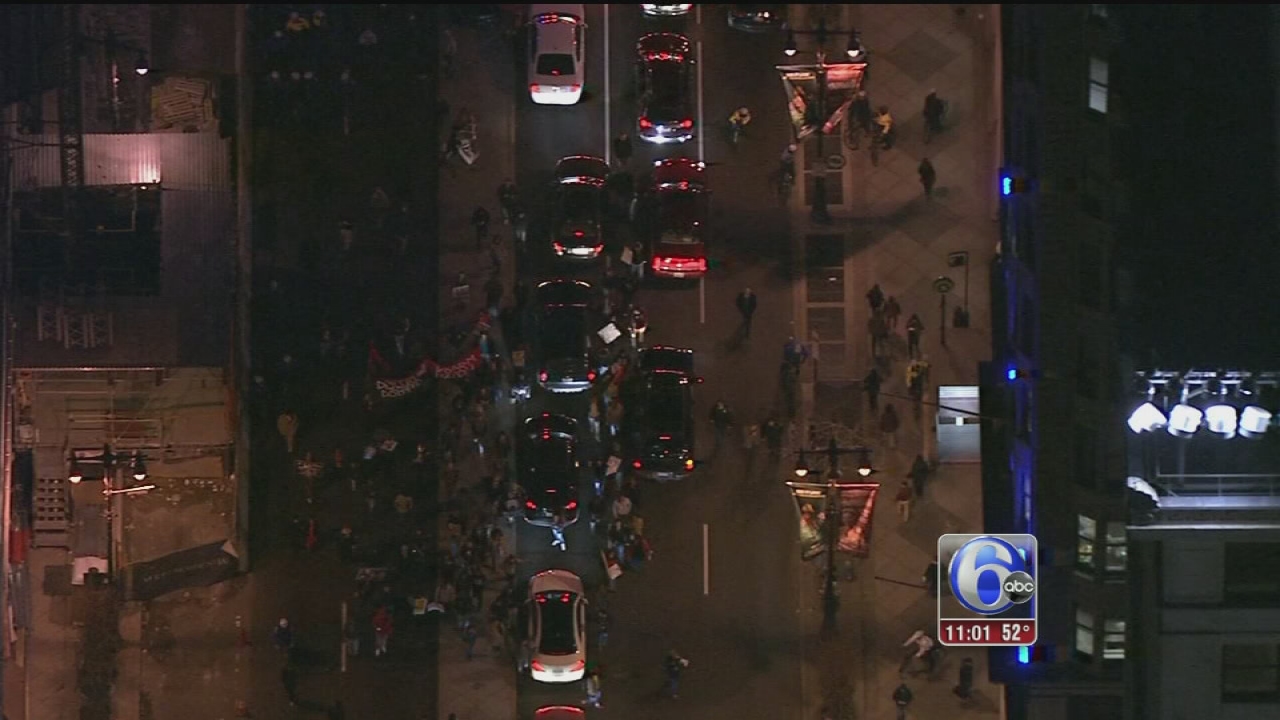