'I can't sleep. I'm on the phone': Ukrainian father of two stuck in Philadelphia

"They're hiding in basements, they don't have access to water and food and basic necessities."
WPVI
By Alyana Gomez 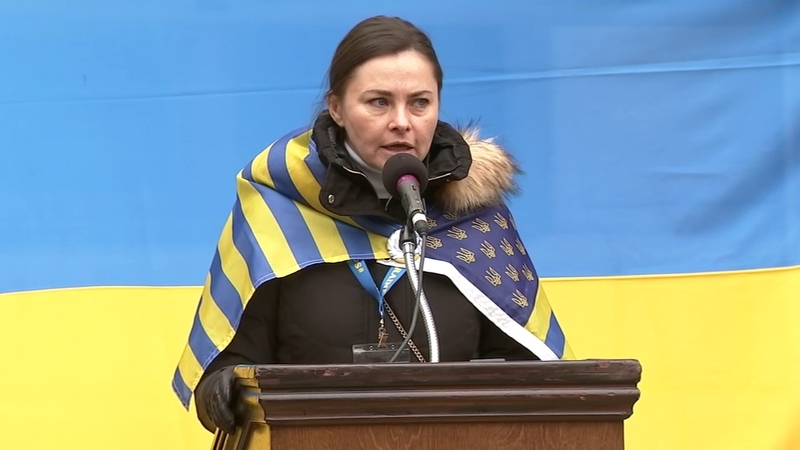 Rally held at Philadelphia City Hall in support of Ukraine

They were honking their horns to bring attention to the humanitarian crisis unfolding in Ukraine a day after Russia's deadly invasion.

"We are asking the U.S. to first provide humanitarian assistance," said Iryna Mazur, Honorary Consul of Ukraine in Philadelphia. "They're hiding in basements, they don't have access to water and food and basic necessities."

The situation in Kyiv is dire and leaving those who are now stuck in the U.S., feeling helpless.

"I can't sleep, I'm on the phone all the time I'm reading the news," said Ukrainian father, Dan B.

Dan's wife and two children, ages 6 and 10, are several hours west of the capital in Ukraine.

"Now they're hiding in the basement. We have missiles flying over our heads every day. Just a few moments I was on the phone with her and two helicopters were shot down in my city," said Dan.

He flew into Philadelphia last week for work with plans to return next week. Phone calls to his wife are what's keeping them connected.

"We are all very scared and we don't even know how to act because we are all scared," said Dan's wife Tanya.